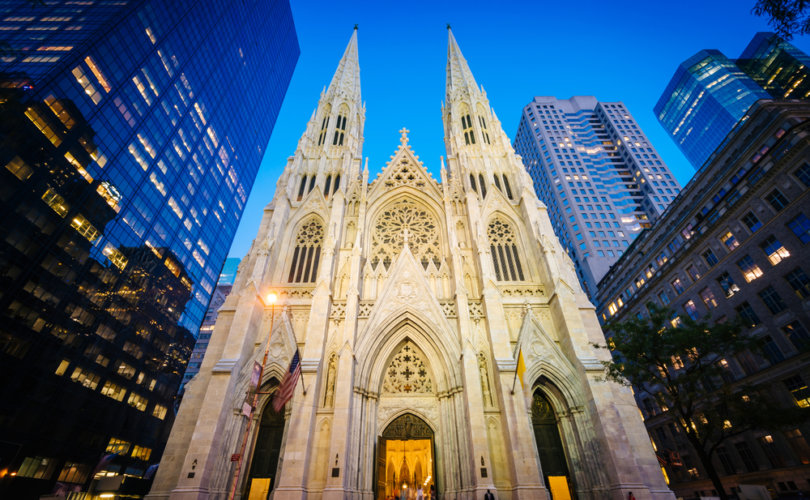 Underwood subpoenaed the dioceses Thursday for any documents relevant to allegations, potential payments to victims, and the results of any internal investigations conducted by the church.

She reportedly seeks a civil investigation into the church’s handling of such reports, and wants local prosecutors to convene grand juries for potential criminal investigations.

Disgraced now ex-Cardinal Theodore McCarrick, who has been accused of abusing minors, seminarians, and priests, was appointed Auxiliary Bishop of New York in May 1977.

The “sophisticated” cover-up “stretched, in some cases, all the way to the Vatican,” Pennsylvania Attorney General Josh Shapiro said, with church leaders keeping “secret archives” of abuse “just feet from the bishops’ desk.” Numerous abusive clergy were not only protected but promoted, the report found.

“The Pennsylvania grand jury report shined a light on incredibly disturbing and depraved acts by Catholic clergy, assisted by a culture of secrecy and cover ups in the dioceses. Victims in New York deserve to be heard as well – and we are going to do everything in our power to bring them the justice they deserve,” Underwood said in a press release that included a hotline and website for filing complaints.

“She will find the Archdiocese of New York, and the other seven dioceses in the state, ready and eager to work together with her in the investigation,” the Archdiocese of New York responded in a statement. “Since 2002, the archdiocese has shared with its 10 District Attorneys all information they have sought concerning allegations of sexual abuse of minors, and has established excellent working relationships with each of them […] We look forward to receiving the subpoena, and working with the Attorney General.”

Investigators in Illinois and Missouri have launched similar probes into handling of abuse reports in their jurisdictions, in response to the Pennsylvania bombshell.

The scandal has also highlighted criticism of Pope Francis, whom Archbishop Carlo Viganò alleges was warned about abusive McCarrick, but helped cover up the allegations. According to excerpts of the 2018 book The Dictator Pope provided to LifeSiteNews, the pope’s insistence “that he too is a champion against clerical abuse […] appears to have evaporated with Benedict’s resignation.”

“For those paying attention, Francis started signaling the new direction immediately by choosing to honor one of the most notorious of the enabling bishops—namely his electoral ally Cardinal Danneels, who appeared with the new pope on the balcony at St. Peter’s Basilica on the night of the election,” author Henry Sire writes. “In the name of his favorite theme, ‘mercy,’ Francis decisively broke with the Ratzinger/ Benedict program of reform, reducing the penalty for priest abusers to ‘a lifetime of prayer’ and restrictions on celebrating Mass.”