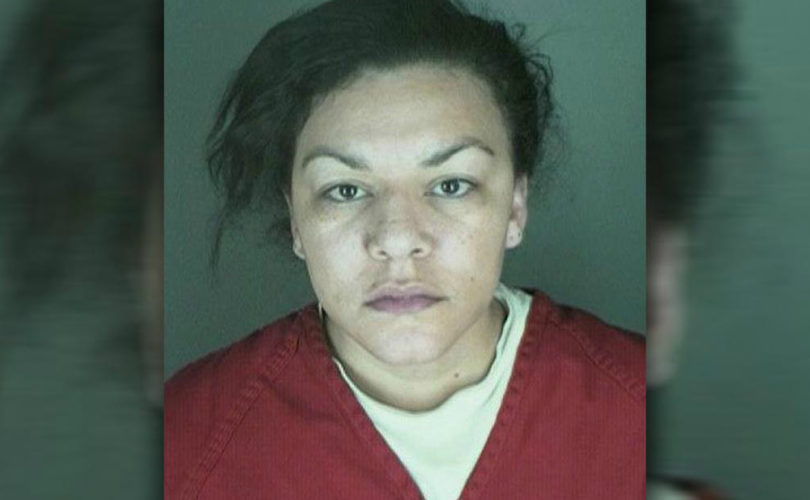 Dynel Lane will not face a murder charge after allegedly cutting an unborn child out of its mother's womb, says a Colorado district attorney.

March 27, 2015 (LifeSiteNews.com) — The Colorado woman accused of attacking a pregnant mother and cutting her unborn child out of her womb will not face murder charges for the death of the baby, says the Boulder County district attorney.

District Attorney Stan Garrett confirmed Friday that Dynel Lane will face other charges but she will not be charged with murder.

Lane, 34, is suspected of luring Michelle Wilkins, 26, with a Craigslist ad for baby items, then beating her, stabbing her with a knife and jagged glass, and removing her child from her belly.

With Wilkins’ baby at seven months of age, viable age outside the womb, the case has brought the personhood debate further to the forefront. Colorado law does not recognize murder of the unborn as the same as a child outside the womb.

The Boulder County DA stated last week that, “the issues involving an unborn child are complicated under Colorado law. In most circumstances, if a child was not actually born alive, then homicide charges are not possible.”

Lane had been telling family members she was pregnant with a boy, showing her children an ultrasound of what she claimed was her child, establishing a baby registry at Target, and changing her appearance to look pregnant.

Police said her husband found her at home after the attack, covered in blood and claiming to have miscarried.

Lane had placed Wilkins’ seven-month-old child in a bathtub, the police affidavit stated, and her husband “rubbed the baby slightly then rolled it over to hear and see it take a gasping breath.”

They rushed the baby to the hospital, but the child died.

It was at the hospital, as Wilkins was being treated for the violent assault, where Lane confessed, after police and doctors detected she had no signs of having given birth or being pregnant.

Lane was expected back in court Friday to be formally charged.

Wilkins, initially in critical condition after the attack and slaying of her child, returned home on Wednesday and continued to recover.

Her family released a statement that same day.

“We cannot predict what lies ahead for Michelle,” they said. “What we can say is that we have all been deeply moved by the many people who have reached out to Michelle and her partner to share their own personal stories of tragedies they’ve endured and how they managed to first just survive and then eventually start to heal. That alone has given us the strength to get up and face each day.”

A GoFundMe account has been established for Wilkins’ recovery. Contributions may be sent to:

Mom who had her baby cut out of her womb in critical but stable condition: baby reportedly ‘gasped’