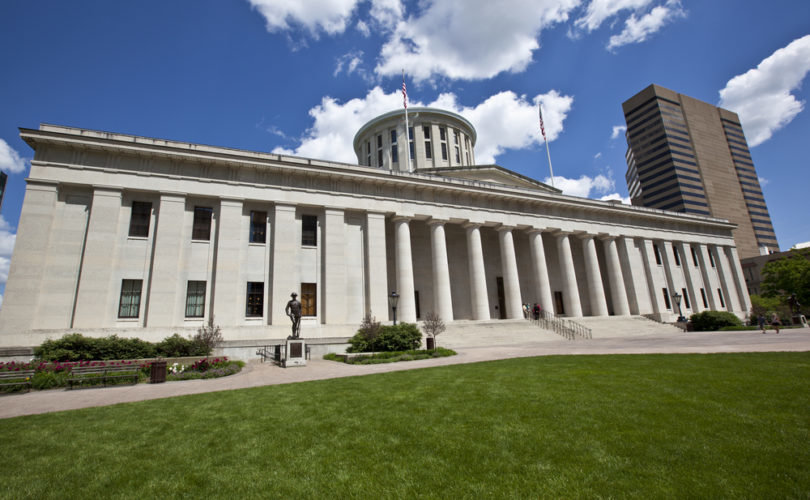 The bipartisan bill, which passed 62-30, was sponsored by Rep. Margaret Conditt, R-Liberty Township, and Bill Patmon, D-Cleveland.  Last month, the Ohio Senate passed its version of the bill, which disqualifies abortion businesses from five government-funding programs.

The bill, however, does not eliminate state funding of Planned Parenthood.

“This bill is far from effective,” Cleveland Right to Life President Molly Smith told LifeSiteNews.  “We need to put teeth in this 'defunding' bill.  One of the State Representatives will help to bring an amendment to stop all funding in the very near future.”

Pro-life leaders from around the state said the bill was a step in the right direction, but noted that it is incomplete.

“The legislation doesn't completely block Ohio tax dollars, whether state or federal in the form of Medicaid reimbursements,” Smith explained.  She also said the bill “did not address rescinding Medicaid contracts.”

The Daily Signal reports that the Obama administration has threatened litigation against states that terminate Medicaid contracts, saying termination of a contract with Planned Parenthood violates the federal program’s “free choice of provider” provision.

In an emailed statement, Cleveland Right to Life pointed out that the bill includes broadly worded exceptions.  “The House bill only prohibits funding of certain programs granted to abortionists who perform 'non-therapeutic' abortions, which means that babies conceived in rape or incest remain at risk for misnamed 'therapeutic' abortions currently covered under Medicaid.”

Kristan Hawkins, president of Students for Life of America, told The Daily Signal that the pro-life movement “has not done its job in forcing the hand of these governments to defund Planned Parenthood on the state level.”

“All funding sources flowing to abortion providers from the state of Ohio should be immediately halted,” Phil Burress, President of Citizens for Community Values, stated.  “And these organizations [should be] prohibited by law from qualifying for these funds.”

Ohio ProLife Action's Barry Sheets assured those who defend the sanctity of innocent human life that this bill is just the beginning.  “We plan to continue to work with legislative leadership to craft a complete solution,” Sheets said.  To “ensure that citizens' tax dollars are not used to undermine the stated policy of Ohio, which is to prefer childbirth over abortion.”

“It is common sense to re-direct these tax dollars to the many entities that provide quality health care without subsidizing the practice of abortion,” Sheets concluded.

Paula Westwood, Executive Director of Right to Life of Greater Cincinnati, summarized pro-life reaction:  “It is always a plus when public policy moves in the direction of protecting innocent preborn children and their mothers,” she said.  “However, it is troubling that abortionists may be able to manipulate the law and perform targeted abortions to still qualify for both Medicaid reimbursements and funding sources identified in this bill.”

Neither the House nor the Senate version of the bill contains language that ensures the bill will go into effect immediately.  Without such language, the bill will not become law in Ohio until 90 days after the governor signs it.