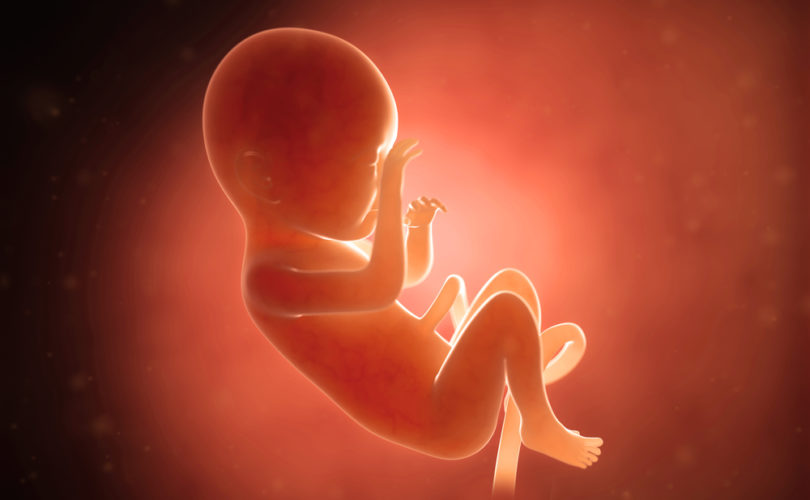 At the same time, he vetoed the “Heartbeat Bill,” which would have protected children in the womb much earlier, as soon as their heartbeat can be detected.

In a statement, Kasich said he was working hard “to strengthen Ohio's protections for the sanctity of human life.”

The Heartbeat Bill divided pro-lifers across Ohio because some thought it will lead to a possible Supreme Court re-affirmation of Roe v. Wade.  Ohio Right to Life president Mike Gonidakis told Kaiser Health News that he opposes it because, “We believe in an incremental approach to both the legislative side as well as the changing of hearts and minds.”

However, Cleveland Right to Life president Molly Smith told LifeSiteNews, “I am just sick about the governor's veto.  It is absolutely outrageous.”

She added that Governor Kasich “does not speak for the prolife people of Ohio.”

She also accused the state pro-life organization, Ohio Right to Life, of a “betrayal” of the pro-life movement.

Ohio Right to Life president Michael Gonidakis explained that the state and national prolife organizations want to incrementally “chip away” at legal abortion.  They fear a blanket abortion ban would not pass muster with the courts.

“The 20-week ban…challenges the current national abortion standard and properly moves the legal needle from viability to the baby’s ability to feel pain,” Gonidakis argued.

After vetoing the legislation, Kasich tweeted, “I appreciate the support of Ohio Right to Life,” and included a direct quote of Gonidakis.

Gonidakis wrote, “By endorsing the 20-week ban in lieu of the heartbeat approach, governor Kasich provided strong pro-life leadership to finally engage a winnable battle with the federal judiciary while saving countless babies at the same time.”

Gonidakis praised Kasich for his “unwavering support for the unborn and our pro-life mission…  Governor Kasich got it right by embracing the strategic incremental approach to ending abortion.”

The Heartbeat Bill has inspired identical bills in Indiana, Alabama, North Dakota, and Arkansas, but lower courts in North Dakota and Arkansas have found it unconstitutional, and the U.S. Supreme Court has so far refused to listen to any appeal.  The 20-week ban has weathered some local court challenges, and is in place in fifteen states.

In recent years, both the Greater Cincinnati Right to Life and the Cleveland Right to Life have disassociated from the National Right to Life Committee, over such issues as homosexual “marriage” and personhood amendments.