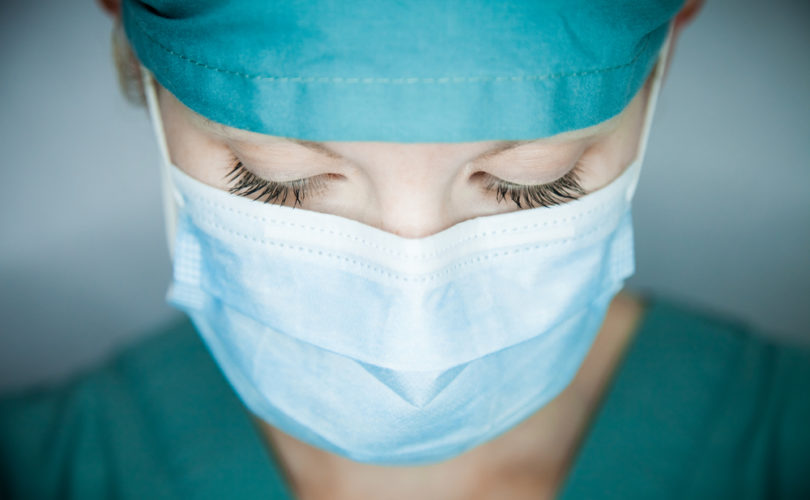 TORONTO, May 15, 2019 (LifeSiteNews) — An Ontario appeal court struck a blow against religious freedom today, ruling that the right of doctors to conscientiously object to participating in abortion and euthanasia is trumped by their patient’s right to equitable access to health care.

In a unanimous decision released Wednesday, the appeal judges upheld a divisional court’s January 2018 ruling that quashed a Charter challenge by Christian doctors to a College of Physicians and Surgeons (CPSO) policy.

The CPSO policy requires doctors who object to abortion, euthanasia, and other morally objectionable “medical services” to give patients seeking these services an “effective referral” that is, to an accessible colleague willing to do the act.

The divisional court ruled the CPSO policy did violate the doctors’ Charter rights, but that the infringement was reasonable given the “pressing and substantial” governmental objective of ensuring patients’ “right to equitable access to health care.”

There is “compelling evidence” that “vulnerable patients” seeking euthanasia, abortion, “contraception and other aspects of sexual health care” will “suffer harm” if their family doctors refuse them an effective referral, wrote Strathy in Wednesday's appeal court judgement.

“One can reasonably anticipate that the loss of the personal support of a trusted physician would leave the patient with feelings of rejection, shame and stigma,” he wrote.

However, the appeal court explicitly ruled the CPSO policies are “not regulations” and that non-compliance with them “is not an act of professional misconduct.”

At the same time, the CPSO policies do “establish expectations of physicians’ behavior and ‘are intended to have normative force.’ As such, they may be used as evidence of professional standards in support of an allegation of professional misconduct,” wrote Strathy.

“This is a set-back for every Canadian who wants her or his conscience to be respected by government authority,” said John Carpay, lawyer and president of the Justice Centre for Constitutional Freedoms, one of the intervenors in the case, in a press release.

The CPSO policy was challenged by three associations — the Canadian Physicians for Life (CPL), the Canadian Federation of Catholic Physicians’ Societies (CFCPS), the Christian Medical and Dental Society of Canada (CMDSC) — and five Christian doctors. The case was argued in Toronto over three days in June 2017.

The Christian doctors were represented by Albertos Polizogopoulos, who filed an appeal of the January 2018 ruling last May.

He argued the divisional court erred in law on 20 grounds, and in fact on at least 15 grounds, and that there was “neither evidence nor legal authority” for the court to conclude the Charter’s Section 7 “includes a right to equitable access to legal medical procedures.”

But the appeal court disagreed, tossing out Polizogopoulos’s appeal and upholding the divisional court’s finding that “physicians have no right to practice medicine, let alone a constitutionally-protected right to do so.”

Moreover, in Ontario, doctors “practice in a single-payer, publicly-funded health care system, which is structured around patient-centred care. In the case of conflict, the interests of patients come first, and physicians have a duty not to abandon their patients” (167), Strathy wrote.

He noted in his ruling that a pro-life doctor testified she would discuss abortion with a patient, point out that “the baby dies” and refer her to a pro-life counselling center.

Such a view “could reasonably be expected to have a deterrent and stigmatizing effect on the patient, impeding her access to the medical services she had requested,” he wrote.

The chief justice also referred to testimony of a Christian doctor who said she would tell a patient who wanted to transition to the opposite sex that such a transition was not in the patient’s best interests or in God’s plan.

This evidence demonstrates “how physicians’ religious objections can be a barrier to health care for marginalized groups. Such remarks could reasonably be expected to cause the patient stigma and shame,” Strathy wrote.

He quotes testimony of Dr. Barbara Bean of Toronto abortion center Choice in Health Clinic that the impact of physicians’ “moral and religious beliefs” causes “delay, trauma, shame and self-doubt” for their patients.

Regarding the question of balancing the “salutary effects” of the policy against the imputed harm to doctors, he received “much assistance” from the brief of Dying With Dignity, a pro-euthanasia group that intervened in the case, Strathy wrote.

Dying With Dignity maintained patients seeking to be killed by a doctor should not have to “bear the burden of managing the consequences of physicians’  religious objections.”

“If a doctor is unwilling to take the less onerous step of structuring their practice in a manner that ensures their personal views do not stand in the way of their patients’ right to dignity, autonomy privacy and security of the person, then the more onerous requirement of transfer to a new specialty is a reasonable burden for that doctor to bear,” the group wrote.

The doctors’ groups decried the ruling in a Wednesday press conference.

“We are deeply disappointed that the Appeal Court upheld what we view to be a flawed and damaging position for the freedom of conscience and professional integrity of Ontario physicians,” CMDSC president Dr. Sheila Harding said.

The decision “doesn’t seem to make sense,” said Dr. Tim Lau, president of the CFCPS, noting that only 15 per cent of patients in Canada have access to palliative care, and people can “wait years” to see a psychiatrist.

“How can individual physicians be responsible for the provision of a whole system?” questioned Lau.

Nevertheless, “failure to refer” could form the basis of a complaint to the CPSO, and “just the threat of a complaint from the College is extremely debilitating,” Larry Worthen, CMDSC spokesperson, said at the press conference.

“The process is the punishment,” said Harding. “The concern here is not necessarily what a final outcome would be, so much as what the process would be, which could go on for months and months and months, and the burden that that would be on a physician caught in the crosshairs.”

The doctors’ organizations have not yet decided if they would appeal the ruling, but that option is not off the table, they said at the conference.