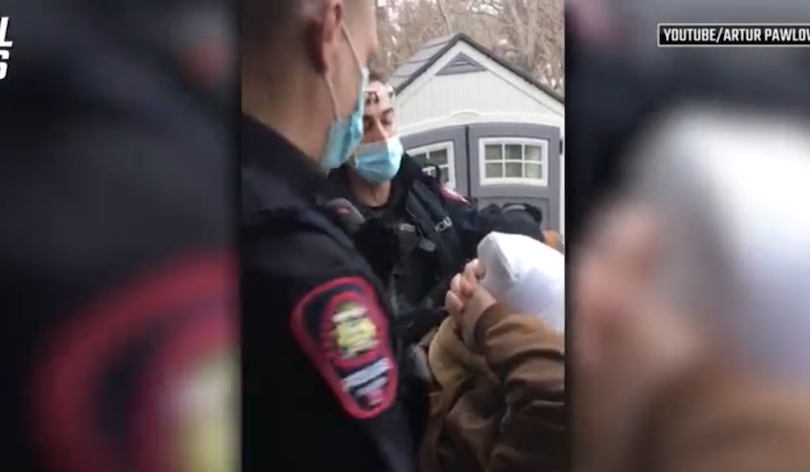 CALGARY, Alberta (LifeSiteNews) – Canadian pastor Artur Pawlowski was arrested yet again at his home in Calgary this morning before he was scheduled to appear at a peaceful Freedom Trucker protest.

Rebel News reported that an undercover SWAT team arrested the Christian preacher after staking out his home in a van, according to Pawlowski’s son, Nathaniel.

Pawlowski was planning to perform a church service at the trucker blockage in Milk River, Alberta.

In a live video of the preacher’s arrest, a Calgary Police officer can be heard saying that Pawlowski was under arrest for “mischief.”

“This is not the Canada you thought you were in,” Rebel News’ Ezra Levant commented. “This is an authoritarian Canada that’s on the verge of a police state.”

“This was clearly an attempt to stop him from expressing himself politically to these truckers.”

Pawlowski is being represented by attorneys Sarah Miller and Chad Haggerty. Rebel News is raising money for the pastor’s legal fees with The Democracy Fund at savearthur.com.

Pawlowski, a Polish immigrant who grew up under Communist oppression before emigrating to Canada, made international headlines after he was arrested in a highway takedown last May for holding worship services despite Calgary’s COVID lockdown.

He and his brother Dawid spent three nights in solitary confinement.

Prior to his arrest, Calgary Police brought SWAT teams to his church “to suppress” and “intimidate” his congregation, Pawlowski told LifeSiteNews at the time. Persecution of Christians amid COVID-19 is a sign of a “Communist takeover” in the name of “health protocols,” he said.

Police recently jailed the preacher and his brother again after another highway arrest on New Year’s Day after a peaceful pro-freedom rally.