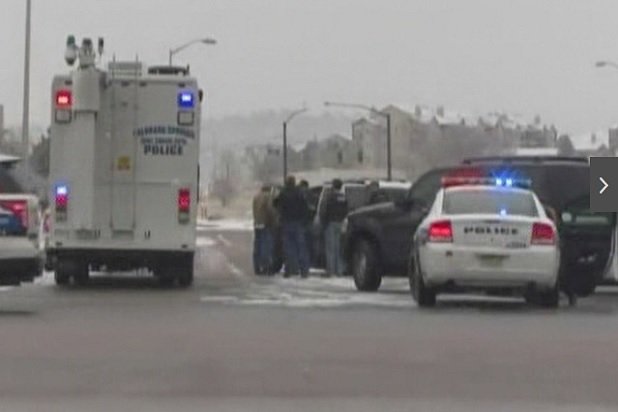 Nov. 27, 2015 (LifeSiteNews) – Five hours after a single male shooter reportedly opened fire at a Colorado Springs Planned Parenthood, chatter on police radio is indicating that the suspect has now been “detained.”

“We have our suspect and he says he is alone,” said police on the police radio channel.

Colorado Springs Mayor John Suthers also confirmed via Twitter shortly after 7:00 pm EST that the suspect was in custody.

The suspect from the #CentennialBl is in police custody. #ColoradoSpringsShooting

The news comes almost exactly an hour after the start of a 6:00 pm. press conference in which Lt. Catherine Buckley had confirmed that a single shooter was still at large, and had exchanged gunfire with police moments before.

According to Lt. Buckley, four, and possibly five police officers have been shot since the first 911 call was received at 11:38 am local time today. An unknown number of civilians have also been shot.

She said that the suspect had also brought unknown “items” with him to the Planned Parenthood.

Pro-life groups have started responding to the news, urging caution in jumping to conclusions about the motivations of the shooter, while also condemning the use of violence in promoting the pro-life cause.

“Information is very sketchy about the currently active shooting situation in Colorado Springs,” said Pavone. “The Planned Parenthood was the address given in the initial call to the police, but we still do not know what connection, if any, the shooting has to do with Planned Parenthood or abortion.