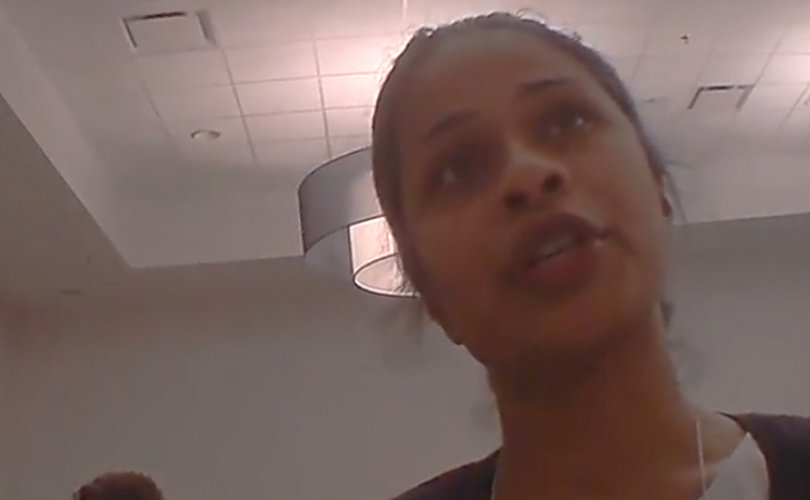 July 27, 2017 (LifeSiteNews) – A new video from the Center for Medical Progress (CMP) shows a Planned Parenthood vice president discussing how a “checkbox” allows abortionists to declare their compliance with the law banning partial-birth abortion and then do the procedure as they wish.

Dr. Suzie Prabhakaran, the Vice President of Medical Affairs for Planned Parenthood of Southwest and Central Florida, explained to CMP investigators posing as fetal tissue buyers the standard practice of abortionists who don't use digoxin to stop a baby's heart in the womb before extracting it.

Digoxin is a chemical injected into the human in the womb to kill him or her. It stops the baby's heart from beating. The baby is then removed from the mother's womb. But, if digoxin is used in an abortion, it prevents the baby from being harvested.

According to Prabhakaran, Planned Parenthood abortionists who don't use digoxin can indicate on a form their “intent” to commit a dismemberment abortion rather than a partial-birth abortion.

“That's how you comply,” she said in the video.

“So some people train to just document that like, you know, to comply with the Partial-Birth Abortion Ban, you basically have to say, 'I intend to utilize dismemberment techniques for this procedure,'” Prabhakaran explained. “So every time you do a procedure, that’s how you document. So, like, there’s like a checkbox.”

“So it would be before the procedure, you do your evaluation, you write, 'I intend to utilize dismemberment techniques for this procedure,'” said Prabhakaran.

“There’s never been a problem” with using the “checkbox” to “document” her intent to comply with the federal law, Prabhakaran told CMP.

Prabhakaran's explanation of Planned Parenthood's practice of certifying their “intent” to comply with the law suggests a loophole that allows the abortionist to then do the abortion as he sees fit, even if it could be classified as a partial-birth abortion.

“Planned Parenthood medical directors and abortion doctors feign compliance with the federal partial-birth abortion law on paper, knowing full well that 'what ultimately happens doesn’t matter' so long as no one is scrutinizing what they actually do to women and children in the operating room,” said David Daleiden, CMP project lead. “And the fact that Planned Parenthood has a 'dismemberment' 'checkbox' on their abortion forms should tell the public and policymakers everything they need to know about this barbaric abortion business.”

“The Federal [Partial-Birth] Abortion Ban is a law, and laws are up to interpretation,” she said. “So there are some people who interpret it as it’s intent. So if I say on Day 1 I do not intend to do this, what ultimately happens doesn’t matter.”

Nucatola stated in the first video that Planned Parenthood abortionists can make changes to the abortion technique in order to bring the fetus out intact for body parts harvesting, regardless of any initial “intent” statement: “So if you do it starting from a breech [feet-first] presentation, there’s dilation that happens as the case goes on, and often, the last step, you can evacuate an intact calvarium [head] at the end.”