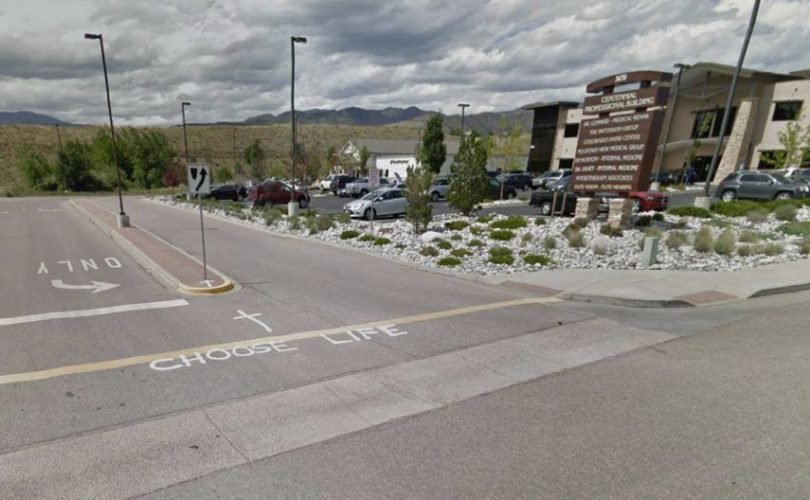 Update at 6:20 pm EST: In a press conference at 6:00 EST, Lt. Catherine Buckley confirmed that the shooting incident did, in fact, begin at the Planned Parenthood facility. They said that the information they have indicates they have one male shooter, who brought unidentified “items” with him into the Planned Parenthood facility. He has shot at police “very recently,” and the situation is “active.”

Fr. Frank Pavone of Priests for Life has urged caution in jumping to conclusions about the motivations of the shooter.

Lt. Catherine Buckley gave the update to media during a press conference shortly before 5:00 EST. It comes shortly after police had told the media that they did not know what the connection between Planned Parenthood and the shooting was, other than that the initial 911 call came from the Planned Parenthood facility.

Almost three hours later, the shooter is still on the loose and exchanging gunfire with officers. Police also say they have not ruled out the possibility that there are additional shooters.

At least four officers have been shot, according to Lt. Buckley. There are also reports that as many as four other civilians have also been shot.

Pro-life groups have started responding to the news. Fr. Frank Pavone of Priests for Life has urged caution in jumping to conclusions about the motivations of the shooter.

“Information is very sketchy about the currently active shooting situation in Colorado Springs,” said Pavone. “The Planned Parenthood was the address given in the initial call to the police, but we still do not know what connection, if any, the shooting has to do with Planned Parenthood or abortion.

News of the shooting first broke when Colorado Springs Fire Department tweeted that police had responded to a shooter at 3480 Centennial Blvd. in Colorado Springs – the location of the Planned Parenthood facility.

The Gazette has reported that one patient was wounded at “Elite Vision,” which is located next door to Planned Parenthood, at 3470 Centennial Blvd.

A local woman told The Gazette, that she heard 10-20 gunshots in the space of a few minutes, and that she saw two officers outside the nearby Chase Bank. She saw one of the officers fall to the ground, and the other officer get down and start giving aid.

Media have been warned to stay away from the area, due to the fact that the area is not secure.

CSPD PIO responding to call if active shooter in Centennial Bl. The area is NOT secure. Media do not stage in area!

There is no information available about the identity or motivation of the alleged shooter, who reportedly was wearing a long jacket and a “hunting style” hat.