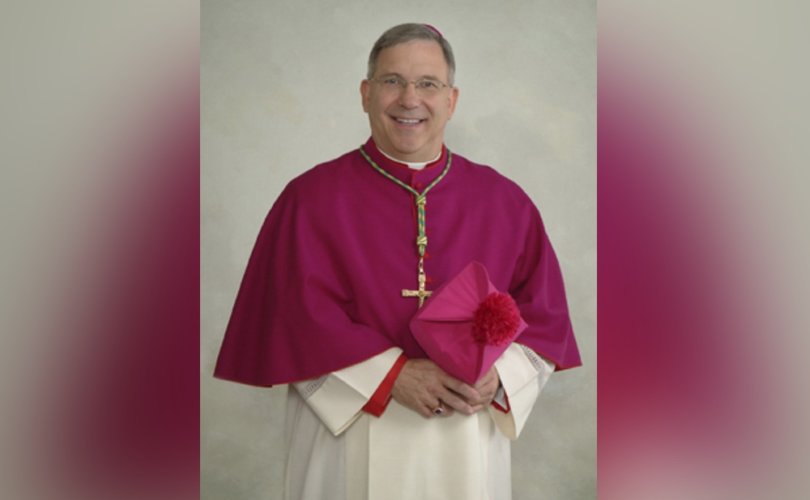 A priest in Cistone’s diocese was charged with sexually assaulting a 17-year-old male last month, and since then law enforcement has formed a special task force to “look into complaints” related to the case.

Police brought a canine unit to the bishop’s house as they executed their search warrant, according to ACB12.

“Contrary to the statements of the diocese and the bishop that they would fully cooperate with law enforcement” in the ongoing sex-abuse investigation, “they did not,” said Saginaw County Assistant Prosecutor Mark Gaertner. “Therefore it was necessary for law enforcement to use other investigative tools, including search warrants.”

Cistone, the Diocese of Saginaw, and Father Robert DeLand — the priest who was arrested for the gay sex assault last month — are all also being sued by the 17-year-old whom DeLand allegedly victimized.

DeLand was the Diocese of Saginaw’s judicial vicar. He had been the chaplain at several Catholic schools and also the diocesan vocations director, meaning he was in charge of recruiting and screening young men discerning becoming Catholic priests.

Since DeLand’s arrest, another Saginaw priest, Father Ronald J. Dombrowski, “was…suspended by the diocese after they received a report he allegedly sexually assaulted a person when they were a minor,” according to MLive.com. It’s unclear if that person is male or female. However, Dombrowski hasn’t been charged with a crime.

“Inside sources claim the raid was based on suspicion that the diocese may have been destroying evidence, as the bishop and diocese remain the subject of criminal investigation for possible cover-up of priestly sex abuse,” reported Church Militant, whose studios are less than two hours away from Saginaw. “Church Militant has learned that the diocese was in the process this week of turning over priestly personnel files to their attorneys, and that the chancery was occupied with sorting through documents and evidence pertaining to the criminal probe.”