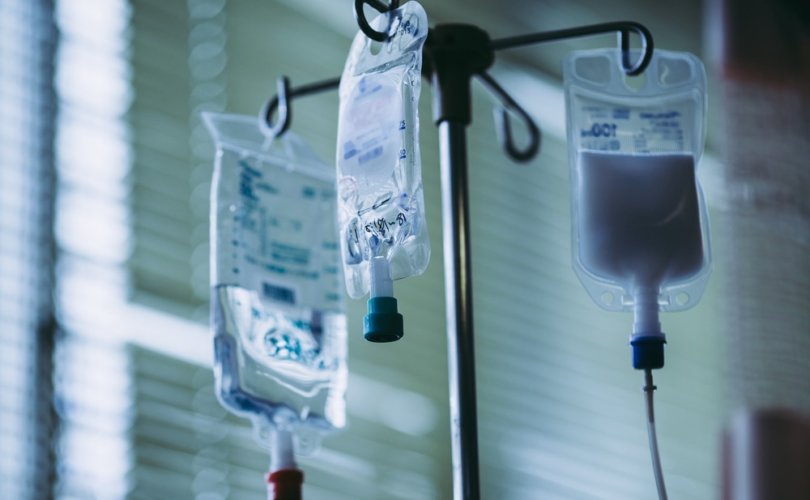 LONDON, England, December 31, 2020 (LifeSiteNews) — A Polish patient in England resumed receiving life-sustaining treatment after his birth family and the Polish government made applications to the British court and to the European Court of Human Rights.

The patient, known only as “RS” or “P,” resumed nutrition and hydration on December 28. He is able to breathe on his own.

Today Mr Justice Cohen allowed a continued stay of his order to discontinue treatment to the patient, originally made on December 15, until January 7 at 4:00 p.m., in the expectation that the European Court of Human Rights (ECHR) will have by then addressed the current application regarding the patient’s case. This means that RS will continue receiving hydration and nutrition through tubes until that hour.

However, the judge rejected an application by the family and the Republic of Poland that RS be airlifted to Poland and be treated there. He accepts the opinion of RS’s doctors that he is moving from a coma to a so-called vegetative state, and that it is not in his best interests to be kept alive through medical intervention.

The decision followed a flurry of activity on the disabled patient’s behalf by the Polish government. According to Britain’s Christian Concern, after water and nutrition were withheld from “RS” on Christmas Eve, Poland’s Minister of Foreign Affairs, Zbigniew Rau, wrote an official letter to the U.K.’s Foreign Secretary, Dominic Raab. Rau asked his British counterpart for an urgent “help and intervention” in order to get food and water back to RS.

“The letter requests Britain’s cooperation in repatriating RS to Poland by Polish Medical Air Rescue, where he is to be treated at Central Clinical Hospital of the Interior Ministry,” Christian Concern stated in a press release yesterday.

The Polish government then made an urgent appeal to the European Court of Human Rights, echoing RS’s birth family’s argument that RS’s “right to life” is being violated by the U.K., and asking that the ECHR order his repatriation to Poland.

The ECHR has rejected this and a second application. The current application is still to be considered.

At an out-of-hours court hearing on the evening of December 28, Mr Justice Holman suspended the decision to withdraw nutrition and water from RS until the case was reconsidered by Mr Justice Cohen. On December 29, one of RS’s doctors did a videotaped assessment of his condition and concluded that his lack of responsiveness suggested that he was in a vegetative state.

On December 30, Mr Justice Cohen heard evidence from a neurologist who had seen videotaped clips of RS taken by his niece and her family and, based on the clips and the niece’s testimony, believed RS’s state might improve. On December 31, the judge noted that these clips, which comprised three minutes of video in total, had been taken without permission from RS’s doctors, the hospital, or RS’s wife. He stated that he did not find this neurologist a “satisfactory witness” and that he placed no weight on his evidence. Because there has been no improvement in RS’s condition since his December 15 order, Cohen said there is no reason it would be in RS’s best interests to continue life-sustaining treatment.

RS suffered severe brain damage after a heart attack at his home in England’s West Midlands on November 6. Doctors treating RS believe that he will never recover beyond “minimal consciousness” and could live for another five years. They believe also that his continued life would not be “meaningful.” A legal team for the NHS Trust responsible for RS’s care asked a Court of Protection to rule that it would be lawful to discontinue life-sustaining treatment for RS, which meant the removal of his feeding and hydration tubes.

RS's wife, who testified that RS said that he never wanted to be a “burden on his family,” supported the NHS’s application that all medical intervention sustaining his life should end. However, RS’s extended family, including his mother and sister in Poland, and a sister and niece in England, object to his state-sanctioned killing, arguing that as a church-attending Roman Catholic who was opposed to both abortion and euthanasia, RS would not wish his life to end in this manner. RS’s sister in Poland told LifeSiteNews that RS had been “furious” with a U.K. judicial decision to remove all life-sustaining medical support for infant Alfie Evans.

In a hearing held on December 15, Mr Justice Cohen sided with the NHS and RS’s wife, saying that removal of life support would be in RS “best interests.” On December 23, Lady Justice King and Lord Justice Peter Jackson turned down an application for an appeal by a legal team representing RS’s birth family.

A transparency order prevents the publication of the names of the patient, his family, and his doctors.