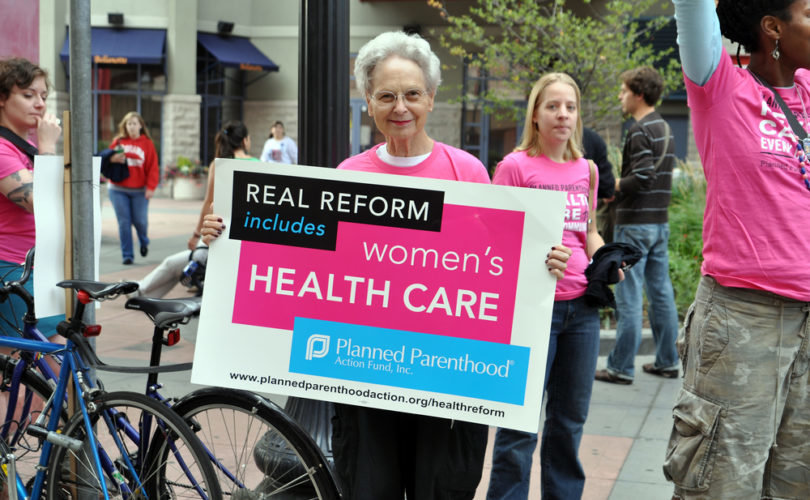 December 20, 2018 (LifeSiteNews) – Planned Parenthood, the taxpayer-funded abortion organization that bills itself as a champion and provider of essential women’s healthcare, discriminates against pregnant women, gives employees lackluster pay, and subjects them to other forms of mistreatment, according to a bombshell report in the New York Times.

On Thursday, the Times published a report detailing multiple complaints against the abortion giant that contrast sharply with its prevailing depiction in the mainstream media. The paper spoke to “more than a dozen current and former employees” with horror stories, and notes that a dozen lawsuits have been filed since 2013 alleging denial of rest periods, lunch breaks, and overtime pay, as well as retaliation for pregnancy and taking advantage of medical leave.

Hairston says they ignored the notes and rarely allowed her to even take lunch breaks, leading her to suffer severe swelling of her hands and feet. These problems eventually forced her onto bed rest at seven months. The facility also allegedly disregarded medical orders that she not work longer than six hours a day. She eventually had to deliver her baby via emergency C-section at 34 weeks.

Federal law mandates 12 weeks of maternity leave for new mothers, but Hairston alleges that by week eight HR started calling her to pressure her to return early. She resigned in June 2018.

“I had to hold back tears talking to pregnant women, telling them to take care of their pregnancies when I couldn’t take care of mine,” she told the Times. “I didn’t get into the medical field to be treated like this.” (That more than 90 percent of Planned Parenthood’s pregnancy-related services are abortion adds an extra layer of irony to this.)

“It was looked down upon for you to get pregnant,” Carolina Delgado, who worked in Planned Parenthood’s Miami office until 2012, revealed. “I don’t think that any supervisor had to literally say it for us to feel it.” Another current employee concurred.

A former hiring manager at a California location told the Times that supervisors openly discussed the likelihood of a current or potential employee getting pregnant as a liability weighing against hirings or promotions, a violation of the federal Pregnancy Discrimination Act.

“All the individuals identified in the article were treated fairly and equitably, free of any discrimination,” claimed Planned Parenthood Hudson Peconic CEO Vincent Russell. The national organization’s Chief Human Resources Officer, Dannette Hill, claimed the Miami office in question has promoted most of the parents who work there after their return from leave.

As to the lack of paid maternity leave, one affiliate leader struck a defiant tone.

“It is easy to accuse someone of hypocrisy if you’re not the one trying to find $2 million out of thin air,” said Planned Parenthood of the Great Northwest and Hawaiian Islands CEO Christine Charbonneau. “You try to be the Planned Parenthood that donors expect, and yet it is unattainable.”

Planned Parenthood Federation of America (PPFA) president Leana Wen, however, agreed that “we must do better than we are now,” saying the abortion giant was investigating the Times’ revelations as well as reviewing the feasibility of giving all its employees paid maternity leave.

“Planned Parenthood can't have it both ways – they cannot claim to fight for women yet treat their employees, especially their female staff, like trash when they become pregnant,” said And Then There Were None president Abby Johnson, a former Planned Parenthood director who has exposed numerous details about the abortion industry. Johnson’s conversion story is the topic of the forthcoming movie Unplanned.

“When I worked at Planned Parenthood in Bryan, Texas as the clinic director, I was offered multiple times to have my pregnancy ‘taken care of’ for fear that a baby would interrupt my upward trajectory and work performance,” she explained.

“And it's a massive deception on the part of Planned Parenthood to claim they cannot afford to pay for maternity leave,” Johnson continued. “I run a non-profit, one that helps abortion workers leave their jobs, with a budget less than one percent of Planned Parenthood's and I offer my employees 12 weeks of paid parental leave. It can be done if the priorities of organizations are in the right order – and they aren't at Planned Parenthood.”

Planned Parenthood favors aborting pre-born babies at any stage of pregnancy for any reason. Its latest annual report showed it aborted 321,384 babies that year.