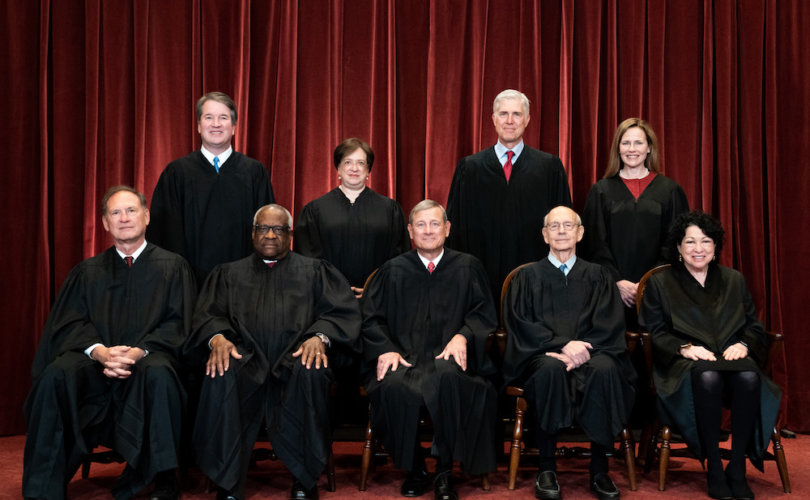 WASHINGTON (LifeSiteNews) — Left-wing Justice Stephen Breyer reportedly plans to retire from the U.S. Supreme Court at the end of the current term, giving President Joe Biden the opportunity to make his first appointment to the nation’s highest court.

Breyer, 83, was appointed by President Bill Clinton in 1994 and is the Court’s oldest member. During his time on the Court, he has been a reliable liberal and pro-abortion vote, most recently displayed last month with oral arguments in Dobbs v. Jackson Women’s Health Organization, which concerns Mississippi’s 15-week abortion ban.

Breyer raised eyebrows by claiming that “the country, for better or worse, decided to resolve their differences by this Court laying down a constitutional principle, in this case, women’s choice.” In fact, Roe v. Wade represented judges taking the issue out of the country’s hands. The ruling has been widely credited with intensifying the abortion debate. Breyer claimed that to “overrule under fire in the absence of the most compelling reason, to reexamine a watershed decision, would subvert the Court’s legitimacy beyond any serious question.”

“America owes Justice Breyer an enormous debt of gratitude,” Senate Majority Leader Chuck Schumer, a New York Democrat, said Wednesday in response to the news. “President Biden’s nominee will receive a prompt hearing in the Senate Judiciary Committee, and will be considered and confirmed by the full United States Senate with all deliberate speed.”

Left-wing activists have clamored for his retirement for months, so Biden could replace him with a younger like-minded jurist and prevent the possibility of a future Republican president using his vacancy to move the Court rightward. It’s not yet known who Biden will name, but he has pledged that his first Supreme Court nominee will be black and female.

Breyer’s replacement will not move the Court in a more left-wing direction, but will ensure that his seat remains filled by a liberal for potentially decades to come.