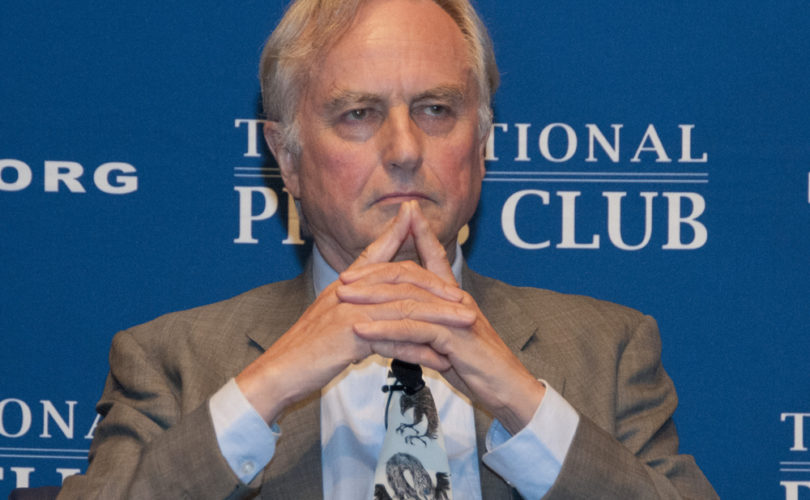 'Apparently I'm a horrid monster for recommending WHAT ACTUALLY HAPPENS to the great majority of Down Syndrome fetuses,' said Dawkins. 'They are aborted.'Shutterstock

In a bizarre rant on Twitter earlier today, atheist Richard Dawkins wrote that choosing not to abort a child with Down Syndrome would be “immoral.”

The conversation started when Dawkins tweeted that “Ireland is a civilised country except in this 1 area.” The area was abortion, which until last year was illegal in all cases.

A Twitter user then asked Dawkins if “994 human beings with Down's Syndrome [having been] deliberately killed before birth in England and Wales in 2012” was “civilised.”

Dawkins replied “yes, it is very civilised. These are fetuses, diagnosed before they have human feelings.”

Apparently I'm a horrid monster for recommending WHAT ACTUALLY HAPPENS to the great majority of Down Syndrome fetuses. They are aborted.

.@AidanMcCourt Yes, it is very civilised. These are fetuses, diagnosed before they have human feelings.

Later, Dawkins said that “the question is not ‘is it 'human'?’ but ‘can it SUFFER?’”

In perhaps the most shocking moment, one Twitter user wrote that he or she “honestly [doesn't] know what I would do if I were pregnant with a kid with Down Syndrome. Real ethical dilemma.”

Dawkins advised the writer to “abort it and try again. It would be immoral to bring it into the world if you have the choice.”

According to Dawkins, the issue of who should be born comes down to a calculation based upon possible suffering. “Yes. Suffering should be avoided. [The abortion] cause[s] no suffering. Reduce suffering wherever you can.”

Later, however, he said that people on the autism spectrum “have a great deal to contribute, Maybe even an enhanced ability in some respects. [Down Syndrome] not enhanced.”

When Dawkins received some blowback from Twitter followers, he replied: “Apparently I'm a horrid monster for recommending WHAT ACTUALLY HAPPENS to the great majority of Down Syndrome fetuses. They are aborted.”

It is estimated that in many Western countries the abortion rate of children diagnosed in utero with Down syndrome is 90%, or even higher. The development of new and more accurate tests for the condition has raised concerns among Down syndrome advocates that that number could rise even higher.

Only 4 percent of parents who responded said they regretted having their child.

A number of Dawkins' statements in the Twitter thread about fetal development are at odds with scientific realities. For example, it is well-established that 20 weeks into a pregnancy, unborn children can feel pain. Likewise, unborn children have emotional reactions to external stimuli — such as a mother's stress levels — months before being born.

Selfish Convenience: Why people abort children with Down syndrome
Congresswoman: My Down syndrome child ‘a gift from God,’ shows America’s ‘possibilities’