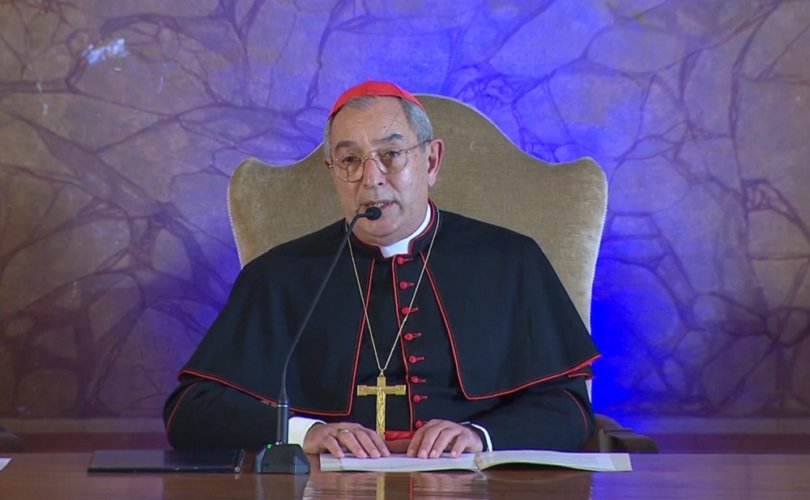 ROME, Italy, March 13, 2020 (LifeSiteNews) — Parish churches in the Diocese of Rome will again be open to the public. Cardinal Angelo de Donatis, vicar general for the Diocese of Rome, announced his about-face just hours after he issued a decree stating that all churches would be closed until April 3 due to the coronavirus epidemic.

According to the new decree, published just before noon local time on Friday, March 13, “parish churches remain open,” while churches that are not parish churches stay closed.

Additionally, the churches of religious and monastic communities are supposed to stay open. Access, however, is limited to “the same communities that habitually use them,” since they are living there. Others are not allowed to enter, according to the new decree.

The cardinal exhorted the faithful to follow the directives of the Italian government, “with mature conscience and a sense of responsibility.”

“The church of Rome, in full communion with its bishop, the Supreme Pastor of the universal Church, is aware of the symbolic significance” of the first decree closing down all churches in the Eternal City, de Donatis admitted.

“However, every precautionary measure of the Church must take into account not only the common good of civil society, but also that unique and precious good which is the faith, especially that of the little ones,” the cardinal wrote.

During today’s morning Mass, Pope Francis said, “I would also like to pray today for pastors who need to accompany the people of God during this crisis. May the Lord grant them the strength and the ability to choose the best ways to help. Drastic measures are not always good.”

“Therefore, we pray that the Holy Spirit might grant pastoral discernment to pastors so that they might perceive measures that might not leave the holy, faithful people of God alone, and so that people of God might feel accompanied by their pastors,” the pope, who was elected seven years ago today, continued.

All public Masses in Italy are still suspended until April 3. The Italian bishops’ conference had announced that it would accept a decree issued by the Italian government on March 8, which called for the suspension of “civil and religious ceremonies, including funeral ceremonies.”

The Italian bishops admitted that it is “a highly restrictive step” to cancel all public Masses, “whose acceptance will be met with suffering and difficulties among pastors, priests, and the faithful.”

“The acceptance of the decree comes solely from a desire to do one’s part, even at this juncture, to contribute to the protection of public health,” the bishops added.

Last Sunday, Pope Francis did not pray the traditional Angelus prayer at one of the windows of the Apostolic Palace overlooking St. Peter’s Square, his usual practice, but instead prayed it from inside the library. The short ceremony was live-streamed and could be seen on screens in St. Peter’s Square.

The Vatican had announced on Saturday that these measures were “necessary in order to avoid the risk of diffusion of COVID-19 due to the crowds during the security checks in order to access the square, as was also requested by the Italian authorities.”

Similarly, the general audience last Wednesday was streamed live from the library.

Daily Mass celebrated by Pope Francis at Casa Santa Marta every morning did not have any faithful participating since the beginning of this week. It had been the Holy Father’s custom since his pontificate began seven years ago to always have a number of faithful present.

According to Vatican News, Pope Francis never wanted his entire morning Mass to be available as a video. “A few weeks after Pope Francis’ election, Father Federico Lombardi, in his role as Director of the Holy See Press Office, explained why. ‘It is necessary to keep in mind the character the Holy Father himself attributed to the morning celebration of the Mass at Santa Marta,’ he said.”

Lombardi continued, “It is a Mass with a group of the faithful present in which the pope wants to preserve a familiar character. Thus, notwithstanding the requests received, he has explicitly desired that they not be transmitted live in video or audio.”

Due to the coronavirus epidemic in Italy, the Holy Father decided to go ahead and have his 7:00 A.M. Mass streamed live through the official Vatican media channels.