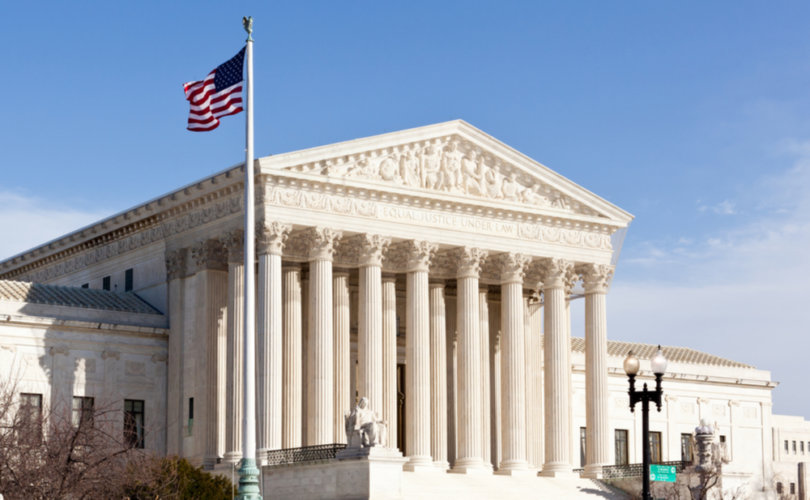 WASHINGTON, D.C. (LifeSiteNews) – According to an initial leaked draft majority opinion allegedly written by Justice Samuel Alito and obtained by Politico, the U.S. Supreme Court has voted 5-4 to overturn its nearly 50-year-old Roe v. Wade decision, which imposed abortion on demand across the country.

As reported by Politico, the opinion is “a full-throated, unflinching repudiation of the 1973 decision which guaranteed federal constitutional protections of abortion rights [sic],” marking a gigantic victory for the pro-life movement. The leak of a drafted opinion is unprecedented in Supreme Court history and is sending shockwaves through the legal world tonight.

It’s impossible to overstate the earthquake this will cause inside the Court, in terms of the destruction of trust among the Justices and staff. This leak is the gravest, most unforgivable sin.

“Roe was egregiously wrong from the start,” writes Alito in the document that would, if officially issued by the court, be a monumental victory for the pro-life movement. “We hold that Roe and Casey must be overruled,” adds the majority opinion.

“It is time to heed the Constitution and return the issue of abortion to the people’s elected representatives,” emphasized Alito.

Pro-lifers were hopeful that this decision would be made by the U.S. Supreme Court after the court heard arguments in the Dobbs v. Jackson Women’s Health Organization case last year, which concerns Mississippi’s 15-week abortion ban.

While the current draft of the ruling does indeed overturn the landmark pro-abortion precedent that has resulted in over the murder of 60 million babies, the decision will not be considered official until the opinion is published by the court, likely within the next two months according to Politico.

The alleged leaked decision was met with mixed reactions, with adulation from the political right and dismay by the political left.

“The Supreme Court is preparing to overturn Roe—the most significant and glorious news of our lifetime. Join me in praying to God for the right outcome. Life begins at conception. Let’s protect it,” celebrated Republican Rep. Marjorie Taylor Greene.

“One of the most disgraceful decisions in the history of the United States,” lamented pro-abortion New York Congressman Ritchie Torres.

The decision is expected to cause massive division and discord in American society, with one shocking photo already showing that large barricades have been erected around the Supreme Court building in Washington, D.C.

The alleged leak of the opinion in Dobbs v. Jackson Women’s Health Organization is nothing short of breathtaking. It would constitute one of the greatest breaches of security in the history of the Court.