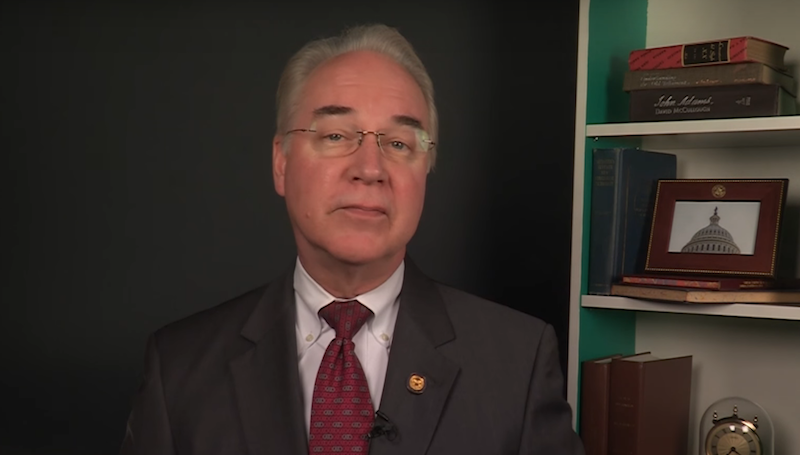 The vote was along party lines.

Price is pro-life, pro-marriage, and anti-Obamacare. He has said “there is nothing more fundamental to our humanity than to defend life.” He defended and supported the pro-life position throughout his time in Congress. Price is also an orthopedic surgeon.

“President Trump is compiling perhaps the most anti-abortion Cabinet in history, which will no doubt be keeping Planned Parenthood up at night as they devise ways to secure their half a billion dollars in taxpayer funds a year and dodge multiple referrals for criminal actions for illegally trafficking baby body parts,” said Kristan Hawkins, President of Students for Life of America. “We are looking forward to rolling back the past eight years of radical pro-abortion policies and are excited to work with Secretary Price.”

“The March for Life congratulates Rep. Tom Price on his confirmation as Secretary of the Department of Health and Human Services,” said March for Life President and former HHS staffer Jeanne Mancini. “During the Obama administration, this cabinet position was used to widely expand abortion access, fund abortion providers, and limit conscience protections. Secretary Price has the medical and policy knowledge and experience to bring authentically good programs, those that respect the inherent dignity of every human being and respect conscience protections, to HHS. We look forward to working with Secretary Price in advancing conscience protections and life-affirming health care solutions.”

Earlier this week, the March for Life sent letters to members of Congress urging them to vote to confirm Price. These letters alerted them that their vote for or against Price would be part of their score on the March for Life's new Pro-Life Scorecard.

Planned Parenthood, which has called Price a “direct threat” to the abortion lobby, strongly opposed Price's nomination, as did Democrats concerned that he supports defunding the abortion corporation. Price has a zero percent rating from Planned Parenthood. The Human Rights Campaign, a homosexual lobby group, also gives him a score of zero.

Last month, Democrats prevented a vote advancing Price's nomination by not showing up to a scheduled Senate committee meeting.

Vice President Mike Pence was to swear Price in at 11 a.m. EST Friday.