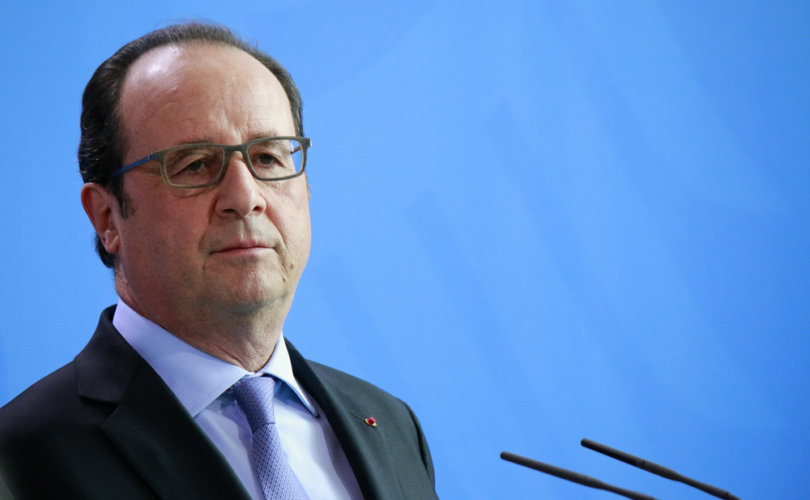 PARIS, December 2, 2016 (LifeSiteNews) –The socialist government of France passed a bill after one day's debate that criminalizes websites that might dissuade women from abortion.

The “digital interference” bill is aimed at cracking down on French websites that would, in the words of the bill, “deliberately mislead, intimidate and/or exert psychological or moral pressure to discourage recourse to abortion.”

The majority left voted in a block for the bill while the minority right formed a block against it.

Bruno Retailleau, who heads the Republicans party group in the Senate, told French radio Thursday that the bill “is totally against freedom of expression,” adding that it contradicts the 1975 law that legalized abortion and which called for women to be informed of alternatives.

Christian Democratic Party member Jean-Frederic Poisson also blasted the bill  on Twitter for what he saw as the government's double standard in banning sites that propose “alternatives” to abortion but not “jihadist websites.”

Two of the country’s leading prelates have strongly condemned the bill, with Cardinal André Vingt-Trois of Paris criticizing the French government for its “obsession” with abortion, while Archbishop Georges Pontier of Marseille has slammed the bill as a “very serious attack on the principles of democracy.”

France, where abortion is 100 percent state-funded during the first 12 weeks of gestation, has a long history of criminalizing activities aimed at convincing pregnant women to keep their preborn babies.

The crime of “obstructing” the functioning of an abortion clinic was first adopted by the Neiertz law in 1993. This was widened in 2001 to include exercising “moral and psychological pressures” on women that might convince them against abortion. Finally, in 2014 the government made it a crime to “obstruct access to information” on abortion while expanding the scope of the offense of “obstruct[ing] the voluntary termination of pregnancy.”

Dr. Joseph Meaney, director of international coordination for Human Life International, has warned that the bill would cause a “pro-death storm” to sweep across France.

“It is aimed at banning pro-life websites and is really plunging towards ‘thought crimes.’ Even liberal bishops are speaking out against the penal sanctions for free speech,” he told LifeSiteNews for an earlier report.

Meaney called the proposed law pro-abortion “propaganda” that will not stand up under legal scrutiny.

“We are in the realm of unrestricted pro-abortion propaganda and the most stringent censorship of free speech if it contradicts the view that abortion is a wonderful solution to crisis pregnancies,” he said.

“Fortunately, although the Socialist government may be able to pass this extreme law, it will be challenged in the courts and will probably be reversed by judicial redress,” he added.

With the election coming in just a few months, pundits speculate that the Socialist government is using the radical bill to stir up their base in the face of the rightwing Republicans party candidate Francois Fillon — who says he is Catholic and is “personally” opposed to abortion — tipped to win.

The bill is scheduled to go to the Senate December 7 for a second reading. While the French Senate cannot block laws, it can delay them until amended. It is expected that the final reading of the bill will come at the end of February, just before the end of the current legislature.