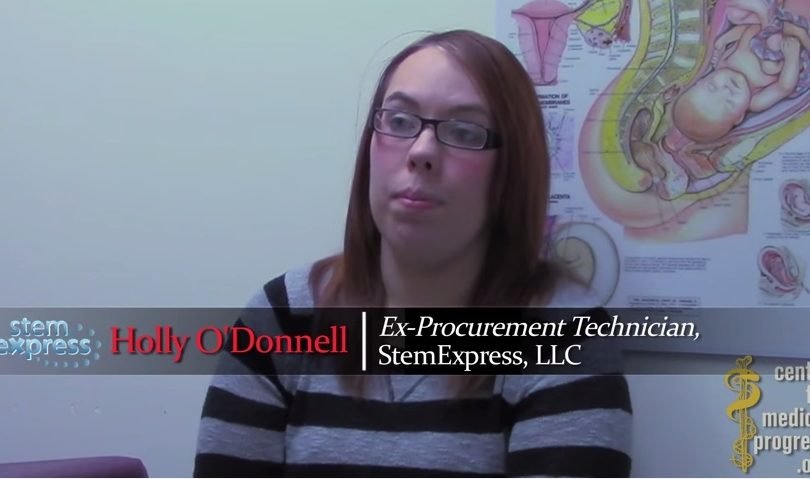 Aug 4, 2015 (LifeSiteNews) – StemExpress, the biomedical firm in the news recently for its role acquiring aborted fetal tissue from Planned Parenthood and then marketing it to research labs, has formally cut ties with the abortion organization, reports Politico.

Politico cited “sources” who said that StemExpress had informed Congress as well as Planned Parenthood Friday afternoon that they were ending the relationship.

The decision comes after the release of six videos, exposing Planned Parenthood’s practice of harvesting and selling aborted fetal tissue. In Northern California, it is technicians with StemExpress who worked inside Planned Parenthood’s clinics to obtain consent from the babies' mothers, and the desired “specimens.”

In the videos O’Donnell describes in graphic detail the process of sorting through dismembered arms and legs of aborted babies. She also claims that StemExpress did not always obtain proper consent from the mothers of the aborted babies to harvest the tissue.

In the wake of the release of the videos, Congress has launched an inquiry, demanding that StemExpress explain its relationship with Planned Parenthood.

The House of Representatives Committee on Energy and Commerce specifically demanded that the biomedical firm explain why one of its fliers advertised how abortion clinics would be “contributing to their fiscal growth” by providing fetal tissue to Stem Express. It is illegal for abortion facilities to profit from harvesting fetal tissue.

The decision to sever ties with Planned Parenthood also comes one day after a judge with the Superior Court of the State of California issued a ruling denying a request by StemExpress to access videos and documentation obtained by the Center for Medical Progress (CMP) during its investigation into Planned Parenthood.

Judge Joanne O’Donnell argued that the requested injunction, which would have prevented CMP from releasing some of their undercover footage featuring high level StemExpress employees, would violate CMP's First Amendment rights.

According to the letter from the House Committee on Energy and Commerce, 10% of StemExpress's $2.2 million revenue comes from aborted fetal tissue.