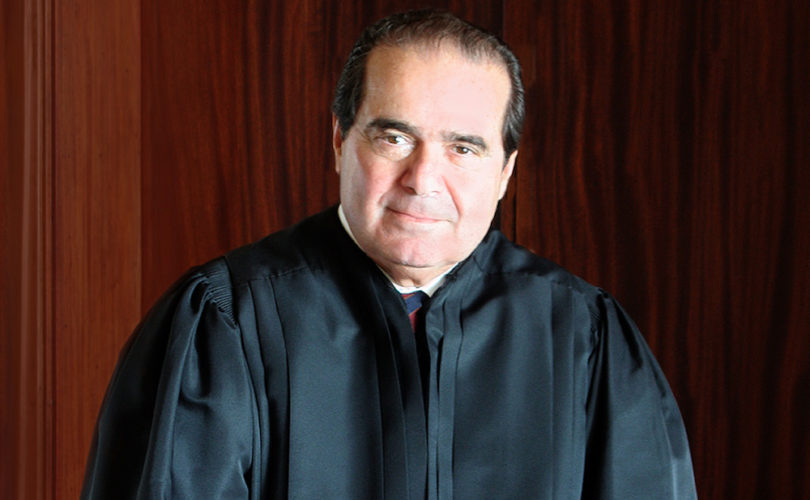 February 15, 2016 (LifeSiteNews) – Supreme Court Justice Antonin Scalia, 79, father of nine children and a hero of pro-life and pro-family Americans, was found dead Saturday at a resort in West Texas.

His passing was confirmed by a statement from Chief Justice John Roberts. “He was an extraordinary individual and jurist, admired and treasured by colleagues,” said Roberts. “His passing is a great loss to the court and the country he so loyally served.”

An ardent defender of faith, life and family, Scalia, who was the Supreme Court's longest-serving justice, did not shy from expressing his beliefs.

In January 2015 he told students that “there is no place” in the U.S. Constitution for privileging secularism over religion. The idea of banishing religion from the public square is “absurd,” said Scalia, known for his straightforward style and “originalist” interpretation of the Constitution. “To tell you the truth, there is no place for that in our constitutional tradition. Where did that come from? To be sure, you can't favor one denomination over another but can't favor religion over non-religion?”

In June when dissenting on a judgment on a case where the state of Massachusetts barred pro-life sidewalk advocates from exercising their free speech rights within a 35-foot zone of abortion facilities, Scalia rebuked his colleagues on the bench. “Today’s opinion carries forward this Court’s practice of giving abortion-rights advocates a pass when it comes to suppressing the free-speech rights of their opponents” and “continues the onward march of abortion-speech-only jurisprudence,” he wrote.

He was equally emphatic on June 26 in his dissent from the Supreme Court decision forcing homosexual “marriage” on the states. “Today's decree says that my Ruler, and the Ruler of 320 million Americans coast-to-coast, is a majority of the nine lawyers on the Supreme Court,” Scalia wrote. He added that the decision lacks “even a thin veneer of law.”

Scalia, a Catholic, had a great love for the faith and was known to drive long distances to attend traditional masses in Latin. He was often ridiculed for his faith but that did not diminish the view of the faith for his children. His son Paul is a Catholic priest.