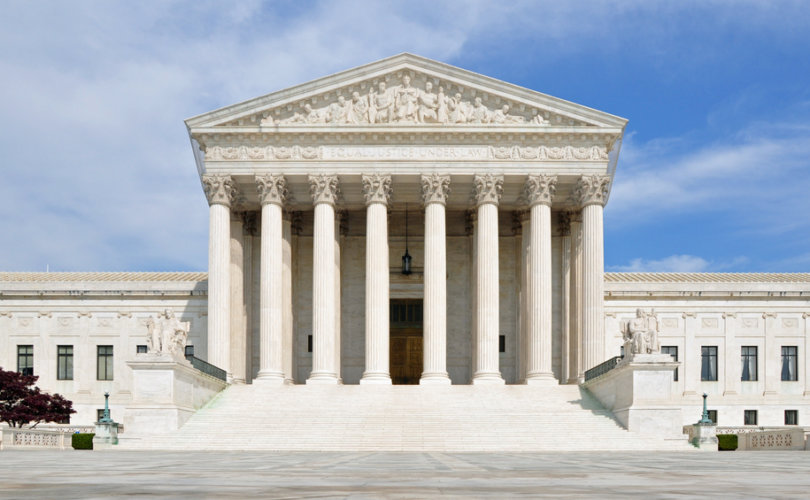 WASHINGTON, D.C., May 28, 2019 (LifeSiteNews) – The U.S. Supreme Court issued a ruling Tuesday morning with mixed results for a pro-life law signed in Indiana in 2016, upholding a provision requiring humane disposal of fetal remains while allowing to stand a lower court ruling that struck down its ban on abortions specifically motivated by a child’s race, sex, or disability.

Abortion advocates sued, arguing in the words of the American Civil Liberties Union’s (ACLU) Ken Falk that every woman has an “absolute right as part of her privacy interests” to use abortion to eliminate children she considers undesirable. A district judge sided with Planned Parenthood, and the Seventh Circuit Court of Appeals upheld their injunction.

In October, Indiana’s Republican Attorney General Curtis Hill asked the Supreme Court to consider HEA 1337, arguing that the “right to abortion declared by our Supreme Court protects only the decision not to bear a child at all, not a right to decide which child to bear,” and stressing that “our nation knows only too well the bitter fruits of such discrimination.”

On Tuesday morning, the Court issued an unsigned order reversing the Seventh Circuit’s decision that struck down the fetal burial provision, yet rejecting the state’s request to reverse its judgment on the provision banning discriminatory abortions.

“The law did not affect a woman’s right under existing law ‘to determine the final disposition of the aborted fetus,’” the high court explained. “This Court has already acknowledged that a State has a ‘legitimate interest in proper disposal of fetal remains,’” and the “Seventh Circuit clearly erred in failing to recognize that interest as a permissible basis for Indiana’s disposition law.”

As for the second aspect of the case, the order noted that it “expresses no view on the merits of” whether Indiana “may prohibit the knowing provision of sex-, race-, and disability-selective abortions by abortion providers,” but was instead declining to review it because “only the Seventh Circuit has thus far addressed this kind of law,” so the justices would follow their “ordinary practice of denying petitions insofar as they raise legal issues that have not been considered by additional Courts of Appeals.”

Left-wing Justices Sonia Sotomayor and Ruth Bader Ginsburg issued statements noting they would have rejected Indiana’s petitions on both aspects of the law, while conservative Justice Clarence Thomas issued a lengthy concurring opinion that stressed it “could go without saying that nothing in the Constitution or any decision of this Court prevents a State from requiring abortion facilities to provide for the respectful treatment of human remains,” and called on his colleagues to take up the second question in the near future.

“This law and other laws like it promote a State’s compelling interest in preventing abortion from becoming a tool of modern-day eugenics,” Thomas argued. “The use of abortion to achieve eugenic goals is not merely hypothetical. The foundations for legalizing abortion in America were laid during the early 20th-century birth control movement,” which developed alongside the American eugenics movement.

“And significantly, Planned Parenthood founder Margaret Sanger recognized the eugenic potential of her cause,” he added, going on to detail some of Sanger’s less-well-publicized views on race, and the role such views played in the history of the birth control and abortion movements.

“This case highlights the fact that abortion is an act rife with the potential for eugenic manipulation,” Thomas wrote. “Although the Court declines to wade into these issues today, we cannot avoid them forever. Having created the constitutional right to an abortion, this Court is dutybound to address its scope.”

The Supreme Court’s decision this week did not address another disputed aspect of the 2016 law, its provision requiring abortionists to give women ultrasounds of their unborn babies at least 18 hours beforehand.

Abortion defenders have attacked the fetal burial language for allegedly burdening women who have abortions. But the law places its legal obligations and their associated costs solely on abortion or medical facilities, meaning the only “burdens” on women are whatever personal inferences they draw from recognizing the humanity of their dead children.

Motivated by horror stories about abortion facilities destroying the babies they kill with methods such as “big ovens,” the Indiana law and similar measures in other states are meant to prevent the bodies of aborted children from being treated like medical waste, both out of respect for their dignity and to underscore their humanity.

In 2015, the pro-life Charlotte Lozier Institute estimated that abortion reduces the Down syndrome community in the United States by 30 percent. Sex-selection abortion is generally considered more of a global problem than an American one, but the pro-life group Live Action has filmed several Planned Parenthood staffers across the nation expressing a willingness to abort babies specifically because they were girls. Live Action has also caught Planned Parenthood accepting racially motivated donations.

“You sure can donate specifically to the abortion of a black baby,” a Planned Parenthood staffer told an undercover Live Action investigator over the phone.