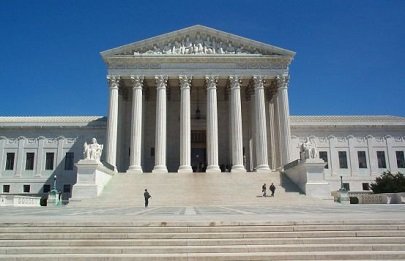 WASHINGTON, D.C., July 8, 2020 (LifeSiteNews) – Government cannot interfere with a religious school’s judgement on who should or should not teach religion classes, according to a narrow 7-2 ruling handed down this morning by the United States Supreme Court.

Becket argued that the schools’ hiring and firing decisions fall under a “ministerial exemption,” meaning religious institutions have the right to decide whom they want imparting the faith to others, free from government interference — even when the employees in question, in this case teachers, are not “ministers” in the strictest sense. On Wednesday, the court determined that the ministerial exemption applies to religious schools’ staffing decisions.

“Although these teachers were not given the title of ‘minister’ and have less religious training than” the teacher in Hosanna-Tabor, an earlier case involving the ministerial exception, “we hold that their cases fall within the same rule that dictated our decision in Hosanna-Tabor,” Justice Samuel Alito wrote in the majority opinion. “The religious education and formation of students is the very reason for the existence of most private religious schools, and therefore the selection and supervision of the teachers upon whom the schools rely to do this work lie at the core of their mission.”

“Judicial review of the way in which religious schools discharge those responsibilities would undermine the independence of religious institutions in a way that the First Amendment does not tolerate,” the majority declared.

In a concurring opinion written by Justice Clarence Thomas, Thomas and Gorsuch argued that courts should defer to religious institutions to determine who counts as a “minister,” and therefore which teachers’ jobs should be exempt from non-discrimination laws.

They add that the “Religion Clauses require civil courts to defer to religious organizations' good-faith claims that a certain employee's position is ‘ministerial.’”

The Court’s decision today is a step in the right direction. The Court properly declines to consider whether an employee shares the religious organization’s beliefs when determining whether that employee’s position falls within the “ministerial exception,” explaining that to “determin[e] whether a person is a ‘co-religionist’ . . . would risk judicial entanglement in religious issues.” …But the same can be said about the broader inquiry whether an employee’s position is “ministerial.” This Court usually goes to great lengths to avoid governmental “entanglement” with religion…

To avoid such interference, we should defer to these groups’ goodfaith understandings of which individuals are charged with carrying out the organizations’ religious missions.

The ruling comes as little surprise in light of oral arguments in May, during which a majority of the justices appeared receptive to the Catholic schools’ arguments. Justice Neil Gorsuch, who angered conservatives earlier this week by redefining the 1964 Civil Rights Act to include “sexual orientation” and “gender identity,” previously asked of this case, “we don’t second guess those sincerely held religious beliefs” in other First Amendment questions, so “why would we do it here?”

“This sweeping result is profoundly unfair,” Sotomayor declared in her dissenting opinion. “The Court is not only wrong on the facts, but its error also risks upending antidiscrimination protections for many employees of religious entities. Recently, this Court has lamented a perceived ‘discrimination against religion’ […] Yet here it swings the pendulum in the extreme opposite direction, permitting religious entities to discriminate widely and with impunity for reasons wholly divorced from religious beliefs.”

This ruling, and the Supreme Court’s 7-2 ruling in favor of the Little Sisters of the Poor, represent significant victories for religious liberty, and may help reassure conservatives stung by the court’s recent decision striking down abortion clinic regulations in Louisiana.