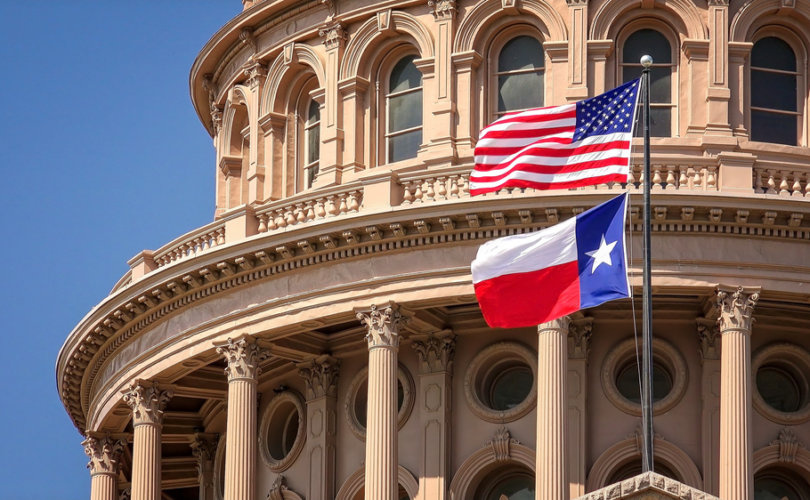 DALLAS (LifeSiteNews) — Just days after a lower court blocked enforcement of the Texas Heartbeat Act, the Lone Star State’s sweeping pro-life legislation banning most abortions after a fetal heartbeat can be detected, a federal appeals court reinstated the life-saving law on Friday night.

The move comes after a district court judge granted a request by the Biden administration to halt the legislation and signals a win for the pro-life movement ahead a crucial case on the Supreme Court docket that could see Roe v. Wade overturned by next year.

Signed in May by Texas Republican Gov. Greg Abbott, the Texas Heartbeat Act took effect September 1. The law requires abortionists to screen for a preborn baby’s heartbeat and prohibits abortion if a heartbeat can be heard (generally as early as six weeks), with exceptions only for medical emergencies.

On Wednesday, U.S. District Judge Robert Pitman froze enforcement of the act by issuing a temporary restraining order after the Biden administration’s Department of Justice, led by Attorney General Merrick Garland, sued the state of Texas in a bid to block the law.

Calling it an “unprecedented and aggressive scheme” to “deprive” Texans of a “significant and well-established constitutional right” to abortion, Pitman, who previously declined to block the law as quickly as the Biden administration wanted, declared that “this Court will not sanction one more day of this offensive deprivation of such an important right.”

On Friday, after Texas Republican Attorney General Ken Paxton appealed the district court’s decision, the 5th U.S. Circuit Court of Appeals reversed the lower court by granting an administrative stay that will allow enforcement of the heartbeat act to go forward.

“Great news tonight, The Fifth Circuit has granted an administrative stay on #SB8. I will fight federal overreach at every turn,” Paxton tweeted in response to the news.

Great news tonight, The Fifth Circuit has granted an administrative stay on #SB8. I will fight federal overreach at every turn. https://t.co/Mrfj3lt2ix

Prior to the federal court’s decision, Paxton told Fox News that he had anticipated the appeals court would rule in favor of the law.

According to Paxton, one of the strongest arguments in defense of the law is that it “was passed by the elected representatives of the state of Texas.”

Texas S.B. 8, commonly known as the Texas Heartbeat Act, relies upon a unique enforcement mechanism that has shielded it from some legal challenges, allowing private citizens to sue abortionists who perform abortions after a heartbeat can be detected.

As previously reported by LifeSite, instead of putting the state in the position to prosecute violators, the law “exclusively” empowers private citizens to bring civil suits against abortionists. Violations of the law are punishable by a minimum of $10,000 in statutory relief per abortion, as well as whatever additional injunctive relief is deemed “sufficient to prevent the defendant from violating this chapter or engaging in acts that aid or abet violations of this chapter.”

On September 9, days after the law took effect, the Biden administration launched a lawsuit against Texas, requesting judicial intervention to block its enforcement. In an October 1 hearing, Biden’s DOJ claimed that the pro-life bill violated the “constitutional right” to abortion.

Last week, after the district court granted the federal government’s demand to pause enforcement of the law, Jonathan Saenz, president and attorney at Texas Values, described Pitman’s ruling as “all politics and no law” and predicted the injunction would be immediately overturned.

“No one is surprised that an Obama-appointed judge cooked up some bogus reasons for telling our Texas state judges and clerks that they can’t do their jobs. We know this will be overturned, probably by the end of this week,” he said.

“Lives are at stake and we will do everything in our power to protect a baby with a beating heart.”

The news comes ahead of a crucial case set to go before the U.S. Supreme Court in early December that has the potential to reverse earlier court precedent that legalized abortion at the federal level.

In Dobbs v. Jackson Women’s Health Organization, the Supreme Court will consider the constitutionality of Mississippi’s legislation banning abortions past 15 weeks for nearly any reason.
A decision is expected to be reached by summer 2022.