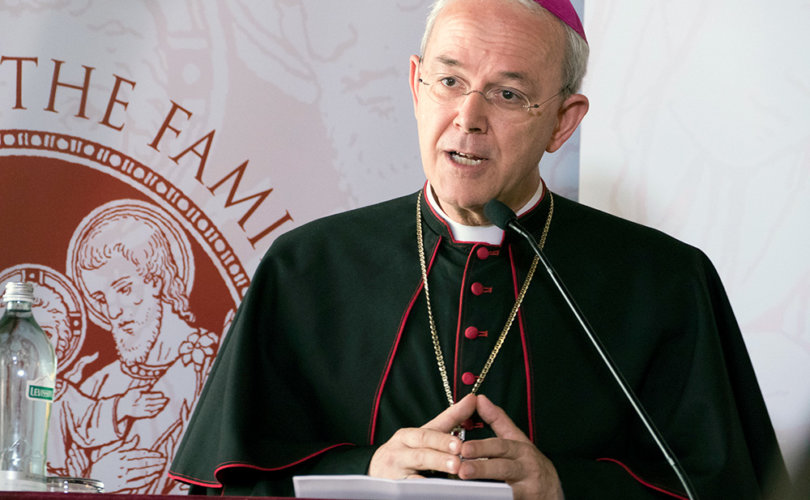 ROME, January 2, 2018 (LifeSiteNews) — Three bishops have spoken out against Pope Francis’ interpretation of Amoris Laetitia to allow some remarried divorcees access to Holy Communion, saying such a reading is causing “rampant confusion,” is “alien” to the Catholic faith, and will spread “a plague of divorce” in the Church.

Bishop Athanasius Schneider, auxiliary of Astana, Kazakhstan, Archbishop Tomash Peta, Metropolitan of Astana, and Archbishop Jan Pawel Lenga of Karaganda, Kazakhstan issued a Profession of the immutable truths about sacramental marriage on December 31 as a “service of charity in truth” to the Church of today and to the Pope.

The bishops took the decision to make a “public and unequivocal profession of the truth” regarding the Church’s teaching on the indissolubility of marriage because they say they “are not allowed to be silent.”

They note that after the publication of Pope Francis’ document on the family, Amoris Laetitia, various bishops and bishops’ conferences have issued norms allowing some civilly remarried divorcees, not living in sexual continence, to receive the sacraments of Penance and Holy Communion. They point out that these various hierarchical authorities (Germany, Malta, and Buenos Aires, although they do not cite them by name), have also received approval “even from the supreme authority of the Church.”

The spread of these ecclesiastically approved pastoral norms “has caused a considerable and ever increasing confusion among the faithful and the clergy” and are “a means of spreading the ‘plague of divorce’” in the Church, the Kazakhstan bishops write.

“Our Lord and Redeemer Jesus Christ solemnly reaffirmed God’s will regarding the absolute prohibition of divorce,” they recall, and the Church has always preserved and faithfully transmitted both in her doctrine and sacramental discipline “the crystalline teaching of Christ” concerning the indissolubility of marriage.

“Because of the vital importance that the doctrine and discipline of marriage and the Eucharist constitute, the Church is obliged to speak with the same voice. The pastoral norms regarding the indissolubility of marriage must not, therefore, be contradicted between one diocese and another, between one country and another.”

“Since the time of the Apostles,” the bishops explain, “the Church has observed this principle as St. Irenaeus of Lyons testifies”:

“The Church, though spread throughout the world to the ends of the earth, having received the faith from the Apostles and their disciples, preserves this preaching and this faith with care and, as if she inhabits a single house, believes in the same identical way, as if she had only one soul and only one heart, and preaches the truth of the faith, teaches it and transmits it in a unanimous voice, as if she had only one mouth” (Adversus haereses, I, 10, 2).

They further recall Pope John Paul II’s warning that the confusion sown in the consciences of the faithful by different “opinions and teachings” would diminish the “true sense of sin, almost to the point of eliminating it.”

Pope John Paul II erected St. Mary in Astana in 1999 and promoted it to an archdiocese on May 17, 2003, appointing Polish-born Tomash Peta as its archbishop. At the Ordinary Synod on the Family in 2015, Archbishop Peta, who attended as the delegate of Kazakhstan, began his brief intervention with the words Blessed Pope Paul VI pronounced in 1972: “From some crack the smoke of Satan has entered the temple of God.”

He then told the Synod Fathers who were assembled: “I am convinced that these were prophetic words of the holy pope, the author of Humanae vitae. During the Synod last year [in 2014], ‘the smoke of Satan’ was trying to enter the aula of Paul VI.” The archbishop added: “Unfortunately, one can still perceive the smell of this ‘infernal smoke’ in some items of the Instrumentum Laboris and also in the interventions of some synod fathers this year.” [Read the intervention here.]

In the Profession, (provided in full below) Bishop Athanasius Schneider, along with Archbishops Peta and Lenga, reiterate for the faithful seven immutable truths about the sacrament of marriage, and “in the spirit of St. John the Baptist, of St. John Fisher, of St. Thomas More, of Blessed Laura Vicuña and of numerous known and unknown confessors and martyrs of the indissolubility of marriage” affirm:

It is not licit (non licet) to justify, approve, or legitimize either directly or indirectly divorce and a non-conjugal stable sexual relationship through the sacramental discipline of the admission of so-called “divorced and remarried” to Holy Communion, in this case a discipline alien to the entire Tradition of the Catholic and Apostolic faith.

Read the full text of the Profession of the immutable truths about sacramental marriage here.