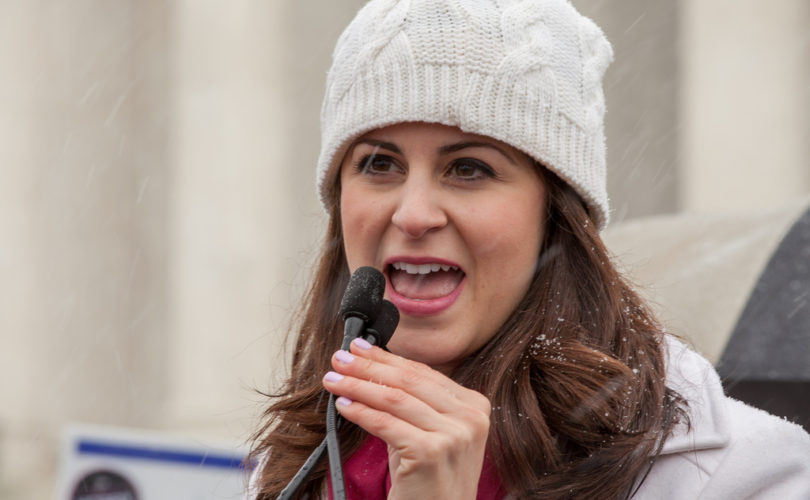 January 31, 2020 (LifeSiteNews) – The video sharing platform TikTok has completely banned the pro-life group Live Action from its service for allegedly violating its “Community Guidelines,” despite allowing others to upload disturbing videos making light of abortion.

Live Action president Lila Rose says TikTok banned them based on the following video, which displays social media testimonies of choosing life and pictures of babies:

This is the video that TikTok says violated their “Community Guidelines” and banned us for.

In it, we share the beautiful personal stories that some of our followers have shared with us about choosing life for their babies. pic.twitter.com/EBADFmxUEW

Live Action says it appealed, only to receive a statement that its account “was banned due to multiple Community Guidelines violations.” The statement did not elaborate on the alleged offenses.

Rose also shared an example of the sort of content TikTok does not ban, a video that shows a high-school student beating a latex fetus model, joking that he’s demonstrating a do-it-yourself abortion:

This video has 1.2 MILLION watches. pic.twitter.com/f3BRVR7YD9

TikTok has a larger active user base than:

It is a crucial platform to spread our life-saving message on.

“Live Action’s videos shared baby photos and videos and highlighted the illogic of the pro-abortion movement,” Rose said in a statement. “At the same time, TikTok allows pro-abortion accounts and videos to remain on the platform, videos like this that simulate brutal harm to preborn or born infants. Live Action appealed TikTok’s decision to remove one of our videos and within a half hour our account was completely removed on the platform. No more account, no more videos. This is blatant viewpoint discrimination and an egregious attempt to silence pro-life voices. TikTok should reinstate our account in full and allow all voices on the platform.”

TikTok reinstated her account and claimed she had been suspended over a different video (featuring a tasteless joke about Osama bin Laden), but the incident was enough to inspire Sen. Marco Rubio (R-FL) to ask the Treasury Department’s Committee on Foreign Investment in the United States to review the company’s conduct.