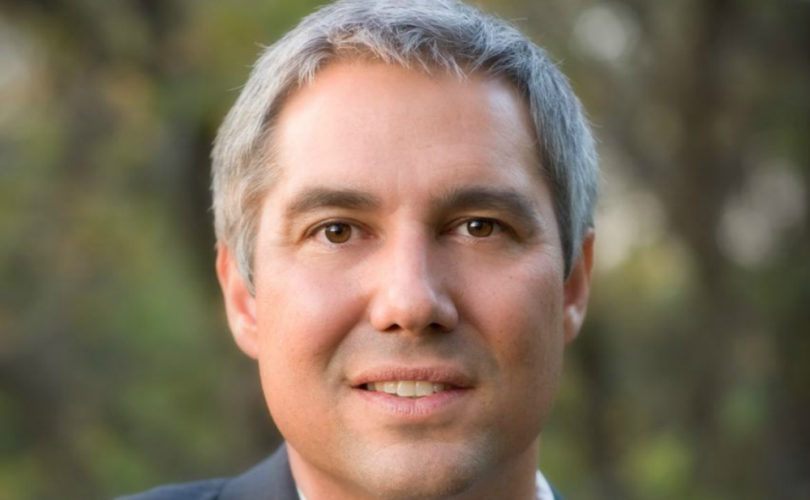 Another Breaking Update (11:20 p.m. Eastern Time Wed.) : Operation Rescue has reported tonight that it “received word moments ago that Troy Newman has been detained in Melbourne Australia pending deportation due to his visa being cancelled at the request of pro-abortion bullies”… “Newman's deportation could take up to 72 hours. Meanwhile, his wife, Mellissa, whose visa is still active, is left alone in a foreign country with no luggage.”

MELBOURNE, September 30, 2015 (LifeSiteNews) — American pro-life activist Troy Newman is now on a jet to Australia after a last-minute smear campaign by Australian pro-abortion groups and politicians led the government to revoke his entrance visa moments before he was to board.

Newman, president of Operation Rescue, broke the news on Facebook early this afternoon that he is currently flying over the Pacific Ocean.

“Through a chain of events the Lord has allowed me to get on a plane in spite of many objections by the airlines and Australia. We have been in the air 11 hours and will land in about 4. Please pray that we can get past immigration so the truth can be told throughout Australia,” he wrote.

Newman's visa, issued two months ago, was withdrawn without notice while he was in transit within the United States prior to catching a flight to Australia via Denver and then Los Angeles, as LifeSiteNews reported earlier today. His tickets were confirmed for all flights through to Melbourne, indicating that his visa was valid when he had commenced his journey.

“Troy Newman has never advocated violence and has always encouraged peaceful means to promote the pro-life message and effect change. He has worked for years to document abuses within the abortion industry and use that documentation to support complaints to law enforcement and oversight agencies, who we work with to help bring those violating the law to justice,” stated Cheryl Sullenger, senior policy advisor at Operation Rescue.

Australian pro-life leaders were shocked by the treatment Mr. Newman received, as LifeSiteNews reported in a subsequent report earlier today.

“Mr Newman is not a convicted criminal – rather a father of six adopted children who is on record as stating his opposition to the use of violence by those who oppose abortion,” Right to Life Australia president Margaret Tighe told Immigration Minister Peter Dutton in an open letter.

Bernie Finn, a Victorian MP and organizer for March For The Babies, condemned the decision to withdraw the visa, saying: “I'm starting to think Canberra has gone mad. Troy Newman poses no threat to anyone in Australia.  I have the highest regard for (Immigration minister) Peter Dutton but on this call is very, very wrong.  It is, at best, a full frontal attack on freedom of speech.  It's a mighty sad day when wanting to protect babies disqualifies someone from entry to Australia.”

Newman is scheduled to speak in a national tour with Right to Life Australia from October 1-10. It remains unclear at this point what kind of reception he will receive once he touches down in Melbourne.

Local pro-life leaders have pledged to continue working on resolving the visa issue. They say they are grateful for the spontaneous outpouring of support from the greater pro-life community around the world.