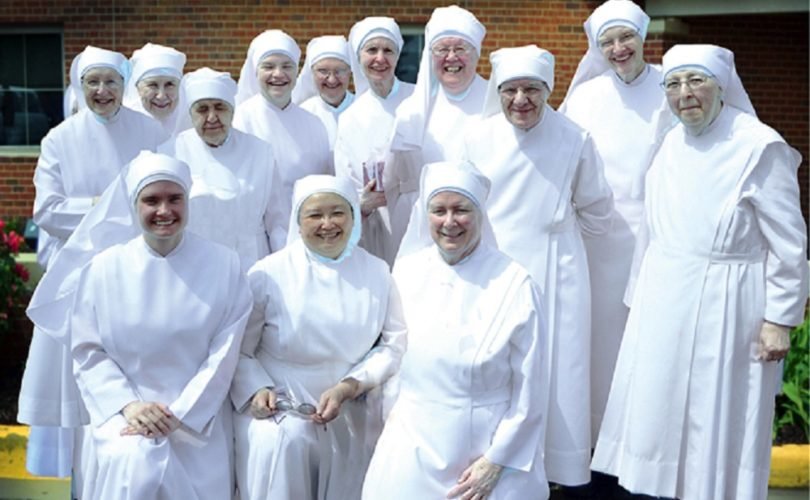 April 25, 2017 (LifeSiteNews) – The Trump administration's Department of Justice (DOJ) caused surprise today by signaling that it intends to continue the Obama administration's court battle with the Little Sisters of the Poor and other religious groups over the HHS contraception mandate, at least for the time being.

While Trump had promised on the campaign trail to drop the provision, the DOJ has now asked the Fifth Circuit Court of Appeals for 60 more days to negotiate with East Texas Baptist University and other religious institutions to find a solution to their religious liberty concerns.

In June 2016, the Supreme Court in Zubik v. Burwell had ordered the government to work with the Little Sisters of the Poor and other religious employers to find a solution. Dozens of religious groups have objected to being forced by the Obama administration to provide their employees with health insurance that covers contraceptives and potentially abortifacient drugs and devices.

However, thanks to the Supreme Court, the Trump administration is prevented from enforcing the heavy penalties the contraception mandate imposes on non-compliant employers.

The DOJ's decision to prolong the case, essentially picking up where the Obama administration left off, has puzzled conservatives.

The DOJ's actions “[seem] to be very contrary to what they’ve been saying publicly,” Eric Rassbach, an attorney for Becket Law (formerly the Becket Fund for Religious Freedom), told The Washington Post. According to Rassbach, the same lawyers who dealt with the case for the Obama administration remain on the case.

In their filing, the DOJ put forward the newness of the administration, as well as the complexity of the case, as reasons for requesting the 60-day extension.

“The new Administration has been in place for only a few months,” the DOJ wrote to the Court, pointing out that the regulations at issue are “jointly administered by three Departments” that haven't been fully staffed under the new administration. “The issues presented by the Supreme Court’s remand order are complex; for example, the original accommodation took more than a year to develop with input from interested parties.”

The DOJ also noted that the plaintiffs “have the benefit of the interim relief” provided by the Supreme Court preventing the government from enforcing any of the mandate's fines yet.

The request for the extension doesn't mean that the Trump administration won't eventually drop the provision, according to Brigitte Amiri, a staff attorney for the far-left American Civil Liberties Union.

“To be honest, I think it's more of a 'kicking the can down the road' than anything else,” Amiri told NBCNews. “We're deeply concerned that, ultimately, the Trump administration is going to weaken or eliminate the contraception coverage requirement, but I don't see this particular court filing as indicating anything, really, one way or the other.”

However, Becket Law's Rassbach says that the time has come for the new administration to put the fight to rest for good.

“The government has a chance to do the right thing here. It got it wrong for five years in these cases, almost six years,” Rassbach told Catholic News Agency. “And they can do the right thing by dropping their appeals that are in favor of the mandate, and admitting that they were wrong on the issue of the contraceptive mandate, as applied to religious non-profits.”

Forcing the Little Sisters of the Poor to cooperate in the provision of contraception is “a hostility to religious liberty you will never see in a Trump administration,” Trump wrote to Catholic leaders during his campaign.

“I will defend your religious liberties and the right to fully and freely practice your religion, as individuals, business owners and academic institutions,” he promised.

The new Secretary of Health and Human Services, former Georgia Rep. Tom Price, had a 100 percent pro-life voting record in the U.S. House. He has said “there is nothing more fundamental to our humanity than to defend life” and it is our “solemn duty to protect and defend the lives of the most innocent among us.”

Price sent a pro-Little Sisters of the Poor amicus brief to the Supreme Court with other members of Congress in January 2016.

“A draft executive order to broaden legal exemptions on the grounds of religious beliefs surfaced during the early days of Mr. Trump’s presidency, triggered a brief controversy, and has never been seen again,” the Wall Street Journal noted. “For now, the White House is stalling.”

The HHS department would not comment and directed LifeSiteNews' request for comment to the DOJ. No pro-life group has issued a statement yet. LifeSiteNews will provide updates as they become available.