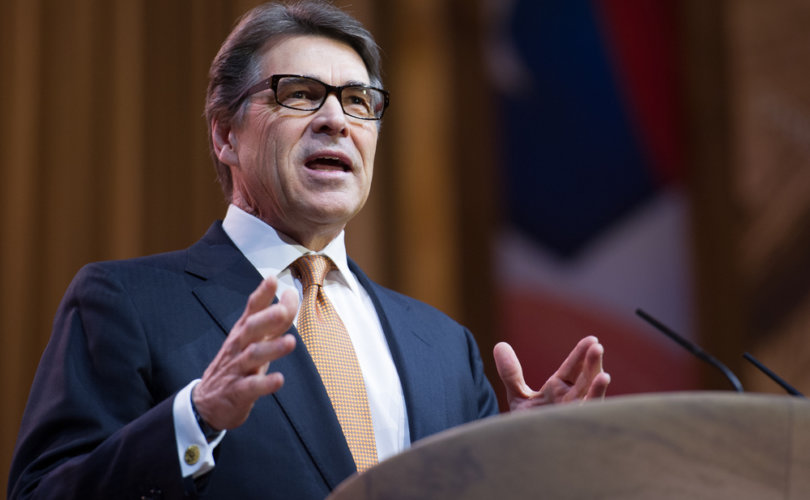 Perry, who himself was among the large field of GOP presidential contenders earlier in the campaign, jumping in the race in June of last year after stepping down as Texas’ longest-serving governor, had met with Trump on Monday.

Perry also made a run for president in 2012.

The evangelical Christian has a solid pro-life record as governor of Texas. Perry has supported marriage while in office and pledged to protect marriage during his 2012 run, although he had said last year he would “probably” attend a gay “wedding.”

His 2008 endorsement of Rudy Giuliani concerned pro-lifers, given the former New York mayor’s support for abortion-on-demand and homosexual unions, as did his 2007 executive order requiring Texas girls to receive the Gardasil HPV vaccine. The act was later rescinded by the legislature.

At a 2011 debate in his first run for the GOP nomination, Perry had ironically meant to list the DOE as a department he would eliminate as president, but at that moment could not recall its name.

The announcement of Perry’s nomination was not official as of Tuesday morning, transition officials telling reporters to “stay tuned.” The incoming Trump administration is a “big fan” of Perry, officials said, and he’s done a “fantastic job with the state of Texas,” which included economic revival involving the energy sector.