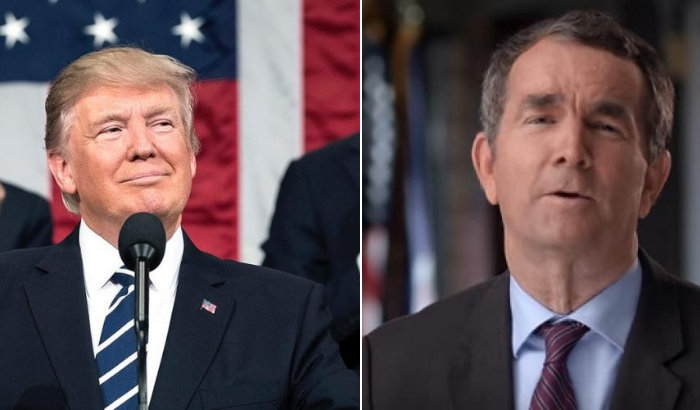 January 30, 2019 (LifeSiteNews) – President Donald Trump lambasted Virginia Democrats for supporting abortion up until, during, and even after birth, calling Delegate Kathy Tran’s comments on her bill permitting abortion even as a woman goes into labor “terrible.”

Virginia Governor Ralph Northam suggested in comments this morning that Tran’s bill would also allow doctors to refuse to resuscitate an infant born alive after a failed abortion “if that’s what the mother and the family desire.”

Trump told the Daily Caller he hadn’t heard Northam’s comments, but had seen the now-viral video of Tran defending her bill allowing abortion through 40 weeks of pregnancy.

Indeed, Trump’s famous comments, among the most accurate abortion explanations ever offered by a politician, describing late-term abortion during his third debate with Hillary Clinton have been proven to be exactly what Democrats are trying to enshrine in law as they fret Roe v. Wade may be overturned.

“How late in the third trimester could a physician perform an abortion?” Delegate Tran was asked during a subcommittee hearing.

“Where it’s obvious a woman is about to give birth?” asked the chairman of the subcommittee, Delegate Todd Gilbert.

Even when “she has physical signs that she is about to give birth?” asked Gilbert. “She’s dilating?”

“I certainly could’ve said a week from her due date and that would’ve been the same answer, correct?” asked Gilbert.

“That is allowed in the bill,” answered Tran.

The Daily Caller also reported that of Tran’s and Northam’s comments, Trump said, “This is going to lift up the whole pro-life movement like maybe it’s never been lifted up before. The pro-life movement is very much a 50-50, it’s a very 50-50 issue, actually it’s gained a point or two over the years.”

“Trump seemed optimistic about the remarks, saying, ‘I think this will very much lift up the issue because people have never thought of it in those terms,’” the Daily Caller concluded.