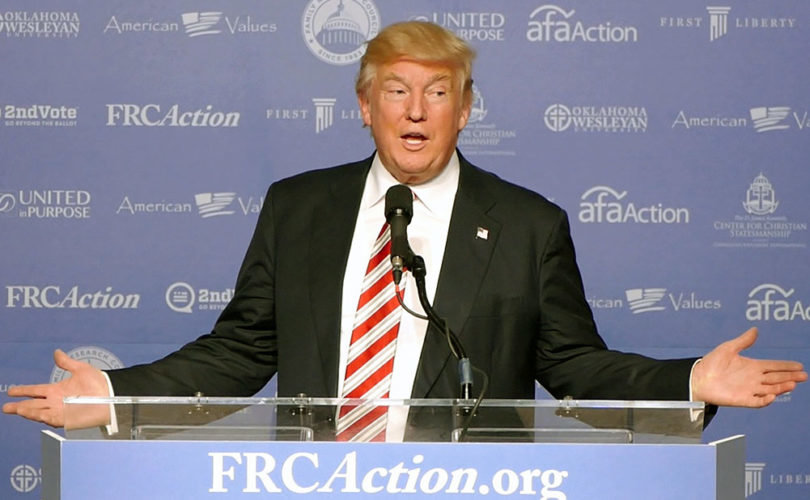 WASHINGTON, D.C., November 4, 2020 (LifeSiteNews) — One day after the election, the Trump 2020 campaign has requested a recount of the ballots cast in the state of Wisconsin.

Minutes ago, Trump campaign manager Bill Stepien stated that there had been irregularities reported in “several Wisconsin counties.”

“Despite ridiculous public polling used as a voter suppression tactic, Wisconsin has been a razor thin race as we always knew it would be,” Stepien said. “There have been reports of irregularities in several Wisconsin counties which raise serious doubts about the validity of the results.”

“The President is well within the threshold to request a recount and we will immediately do so,” he added.

“There have been reports of irregularities in several Wisconsin counties which raise serious doubts about the validity of the results. The President is well within the threshold to request a recount and we will immediately do so.” pic.twitter.com/YwiNAxzocx

Meagan Wolfe, the administrator of the Wisconsin Elections Commission, responded to Stepien by saying, “Elections are a meticulous process. So everything is recorded by your local election official. If there's anything abnormal that happens they record it … so there’s a paper trail for everything.”

According to the state’s Elections Commission, Wisconsin had 3,684,726 registered voters on November 1, 2020. CBS is reporting that Biden currently has 1,630,431 votes, whereas Trump received 1,609,898. Thus, the Democratic presidential candidate is leading by roughly 20,000 votes in the battleground state.

Wolfe said that all the ballots have been counted, by now. “We’re not seeing that there’s any counties that haven’t posted their results on their websites,” Wolfe told NBC. She later clarified that one town, representing 300 votes, had not yet been accounted for.

During a Zoom call on Wednesday, Wolfe said officials are currently starting the process of triple-checking results. After that process is completed, the results will be certified.