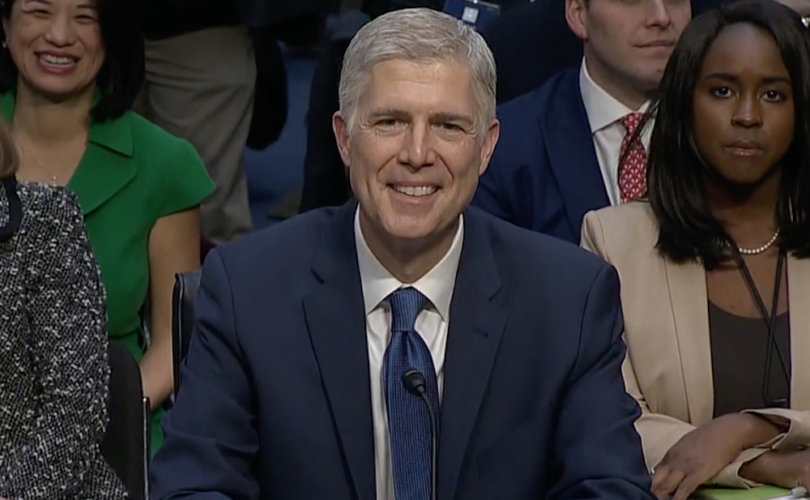 Update 01/31/2017 at 8:04 pm. EST – President Trump has just announced that he has in fact nominated Judge Neil Gorsuch to the United States Supreme Court.

CNN is also reporting, based upon their own sources, that Gorsuch has been informed that he is Trump's “likely” nominee. However, they added, “Those close to the process warn that until it is announced, Trump could change his mind.”

The National Review appears to believe the reports, and has released their own analysis of Gorsuch, claiming that Trump's nominee “will be” Gorsuch.

Gorsuch, 49, is a favorite of social conservatives because of his record defending religious liberty and pro-life views.

Gorsuch favored the Little Sisters of the Poor when dissenting from a 10th Circuit decision saying the nuns must be forced to formally cooperate with the provision of insurance that covers contraception. The dissent essentially said that the 10th Circuit “had shown insufficient deference to the Little Sisters’ own articulation of the tenets of their religious beliefs,” according to SCOTUS blog.

In 2009, Gorsuch wrote The Future of Assisted Suicide and Euthanasia, in which he argued that human life has intrinsic value and “that intentional killing is always wrong.”

The nuanced book examined legal and ethical issues surrounding assisted suicide and euthanasia, as well as the roles patient autonomy and refusal of unwanted medical care play. Its publisher, Princeton University Press, calls the book “the most comprehensive argument against their legalization ever published.” Gorsuch studied under natural law expert John Finnis.

Nevertheless, NARAL Pro-Choice Colorado – a pro-abortion group in Gorsuch's home state – opposes him because of his “record of ruling in a way that does not reflect Colorado values on reproductive rights.”