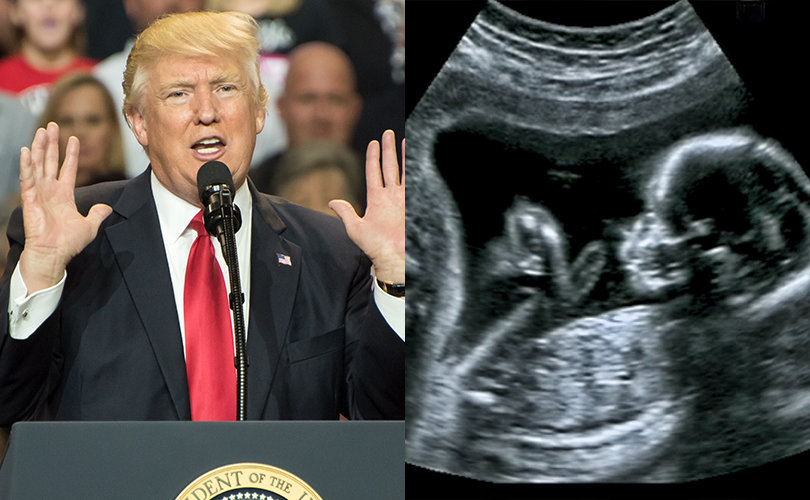 April 4, 2017 (LifeSiteNews) – The Trump administration has withdrawn U.S. funding from the United Nations Population Fund (UNFPA) because of its participation in China's forced abortion regime.

“This determination was made based on the fact that China's family planning policies still involve the use of coercive abortion and involuntary sterilisation, and UNFPA partners on family planning activities with the Chinese government agency responsible for these coercive policies,” according to the state department.

“We want to thank the Trump administration,” Stephen Phelan, Director of Mission Communications for Human Life International, told LifeSiteNews. “This is wonderful news both for the people in China who are most vulnerable – the women and babies who are most vulnerable to what the Chinese government has been doing these last several decades.”

The U.S. defunding UNFPA “sends a signal to the world that the U.S. taking this seriously again,” said Phelan. “It’s going to be paying very close attention to what the United Nations is doing. Anyone who truly respects rights, women's freedom, and women's reproductive health should celebrate this decision.”

“We are thrilled that the U.S. is no longer funding forced abortion and involuntary sterilization in China,” said Reggie Littlejohn, President of Women's Rights Without Frontiers. “The blood of Chinese women and babies will no longer be on our hands…I have consistently advocated for the defunding of UNFPA over the years, most recently just a couple of weeks ago at the United Nations Commission on the Status of Women. Last month, I also briefed the State Department on continuing coercion, including forced abortion, under China’s Two-Child Policy.”

“My message at the UNCSW was that The United States Secretary of State should investigate and evaluate UNFPA’s activities in China, and the President should de-fund them under the Kemp-Kasten Amendment, which ‘prohibits funding for any organization or program that, as determined by the President, supports or participates in the management of a program of coercive abortion or involuntary sterilization,” Littlejohn continued.

I'm always reminded when I attend events at the UN that the UN and WHO position is unambiguously pro-abortion… pic.twitter.com/gs7fBLIDhx

Phelan noted that at one point, UNFPA even shared office space with the “same people who perpetrated” and carried out China's coercive one-child policy.

According to a Washington Times report, UNFPA’s former head, Dr. Nafis Sadik, was awarded the Population Prize Award by the Chinese State Family Planning Commission in 2002.

In her acceptance speech in Beijing, Sadik praised China’s population control program. “Looking back, I feel a great sense of pride for the Chinese Government and people for their support to UNFPA and to me, personally, I also feel proud that UNFPA made the wise decision to resist external pressures and continued its fruitful cooperation with China,” she said.

“Under China’s One (now Two) Child Policy, women have been forcibly aborted up to the ninth month of pregnancy,” said Littlejohn. “Some of these forced abortions have been so violent that the women themselves have died, along with their full term babies. There have been brutal forced sterilizations as well, butchering women and leaving them disabled. Where was the outcry from the UNFPA?  In my opinion, silence in the face of such atrocities is complicity… The UNFPA’s silence in the face of decades of forced abortion has been a sword in the wombs of millions of women and babies of China.”

“The UN Population Fund does not deserve one dime of U.S. taxpayers' money because it’s involved in coercive family planning programs in a number of countries around the world,” Steve Mosher, President of the Population Research Institute, told LifeSiteNews. He said China's coercive family planning program is the most well-known, but the UNFPA collaborates with similar ones in Vietnam and North Korea.

“In North Korea, the UN Population Fund has offices and is encouraging these brutal, dictatorial regimes to drive down their birthrate by forced abortion and forced sterilization policies,” said Mosher.

President Obama reversed that, allowing the U.S. to return to funding UNFPA.

Now, $32.5 million, instead of going to the UNFPA, will go to a US Agency for International Development (USAID) account for “family planning and reproductive health.”

The UNFPA “regrets the decision by the United States to deny any future funding for its life-saving work,” the organization said in a press release. “This decision is based on the erroneous claim that UNFPA 'supports, or participates in the management of, a programme of coercive abortion or involuntary sterilization' in China…We have always valued the United States as a trusted partner and leader in helping to ensure that every pregnancy is wanted, every childbirth is safe and every young person's potential is fulfilled.”

Mosher also said that the UNFPA has built IUD factories in China which created devices that “were then used by the family planning police in a coercive fashion.”

“Kudos to President Trump for cutting off funding to this notorious population control organization, and for doing it, as is his style, quickly,” said Mosher. “It took a year to convince the Bush administration” to cut UNFPA's funding.

“This is another pro-life victory for which we can thank the new administration,” concluded Mosher.