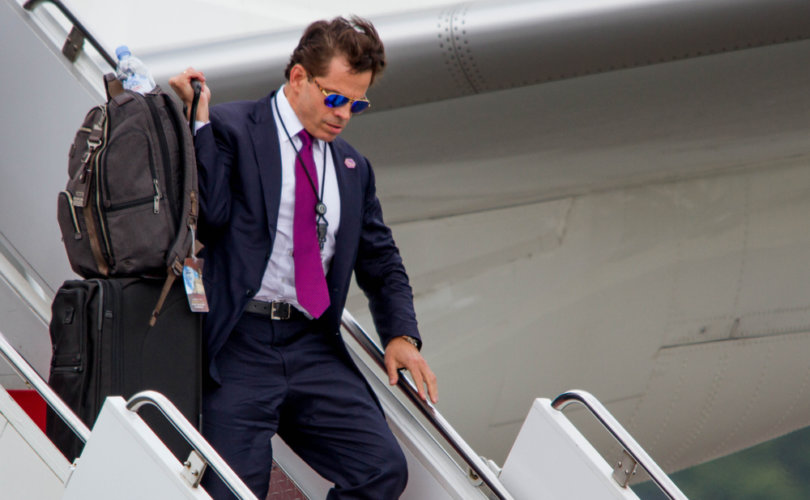 The New York Times broke the news July 31, saying it was confirmed by “three people close to the decision.”

The Wall Street Journal reported that Scaramucci, “was removed at the urging of former Marine Corps Gen. John Kelly,” the new White House chief of staff. According to the WSJ, immediately following his swearing-in ceremy, Gen. Kelly had a private meeting with Scaramucci, in which the former communications director was told “he was being forced to resign.”

“Anthony Scaramucci will be leaving his role as White House communications director,” said press secretary Sarah Huckabee Sanders. “Mr Scaramucci felt it was best to give chief of staff John Kelly a clean slate and the ability to build his own team. We wish him all the best.”

Shortly after becoming White House communications director, Scaramucci gave an interview to the New Yorker during which he made a number of vulgar comments about other White House higher-ups. He apparently didn't like or get along with Reince Priebus, who was Trump's chief of staff until July 27.