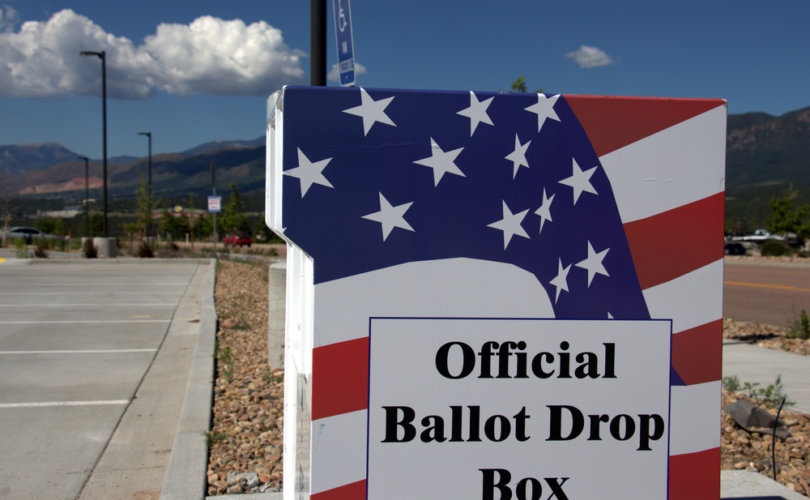 November 4, 2020 (LifeSiteNews) — This morning, Twitter censored a tweet shared by President Donald Trump that questioned the integrity of ballot counting in Michigan on account of allegedly 100% of 138,339 newly counted votes having gone to Joe Biden.

Trump had shared the original tweet displaying the ballot irregularity along with Matt Walsh’s comment, “This is reason enough to go to court. No honest person can look at this and say it's normal and unconcerning.”

Trump himself had commented on Matt Walsh’s tweet: “WHAT IS THIS ALL ABOUT?”

This is reason enough to go to court. No honest person can look at this and say it's normal and unconcerning. https://t.co/CguBRGCRLD

The graphic shows a starting point of 4,261,878 total votes counted for Michigan, which increased to 4,400,217 total votes after the update.

Ben Shapiro also weighed in: “How in the world is Twitter censoring @MattWalshBlog's tweet here? To say that we ought to be concerned about a 100% blue vote drop of over 100K votes is perfectly obvious.