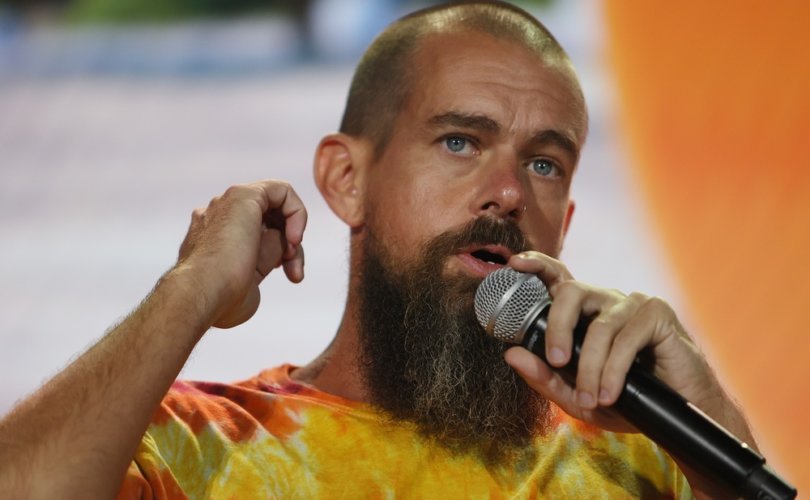 Jack Dorsey, creator, co-founder, and Chairman of Twitter and co-founder & CEO of Square, speaks on stage at the Bitcoin 2021 Convention, on June 4, 2021 in Miami, Florida. Joe Raedle / Getty Images

Dorsey, 45, posted his resignation email to the company on his Twitter account. In it, Dorsey said he will step down from Twitter’s board when his term ends in 2022.

not sure anyone has heard but,

“I want you all to know that this was my decision and I own it,” Dorsey wrote. “It was a tough one for me, of course.”

Twitter was launched in 2006. It has since established itself as one of the largest social media platforms, with over 330 million active users.

As political tensions have risen in recent years, Twitter has been at the heart of controversy over free-speech and what is allowed to be said on the platform, which some conservatives argue ought to be considered a public utility at this point. In January of this year, former President Donald Trump was banned from the platform.

According to CNBC, Twitter has “aggressive internal goals” that aim at monetizing daily active users in the 100s of millions, and to “at least double its annual revenue” by some time in 2023.

Dorsey had initially served as CEO of the company until 2008, but was pushed out of the role, only to come back in 2015.

He has shown support for decentralized digital currencies, such as bitcoin, and his digital payment company, Square, allows bitcoin to be used for purchase. Dorsey’s Twitter bio is currently just “#bitcoin.”

Political commentators who support free speech have criticized Dorsey in the past for Twitter’s censorship related to COVID-19 “misleading information.”

Twitter has suspended various accounts associated with LifeSiteNews for tweets about transgenderism and vaccine data. It has also censored conservative U.S. members of Congress.

In April 2020 he pledged to give $1 billion of his own money “to fund global COVID-19 relief,” and to support a progressive political agenda, including promotion of population control.

Some politicos believe that Dorsey is not an ideological leftist and are not convinced that his departure would be better for right-leaning viewpoints on the platform.

Candace Owens wrote on Parler: “Jack Dorsey stepping down as CEO of Twitter. I’ve told people for years— Jack was never the enemy. He was a prisoner at his own company. Now the communists will run it fully. Huge opportunity for Parler!”

Dorsey has shown support for libertarian views in the past, most notably by tweeting a link to economist Murray Rothbard’s book Anatomy of the State, which heavily criticizes big government and socialism.

Twitter blasted for allowing the Taliban on its platform while banning Trump, conservatives

Twitter censored me for sharing real science on COVID-19 spread