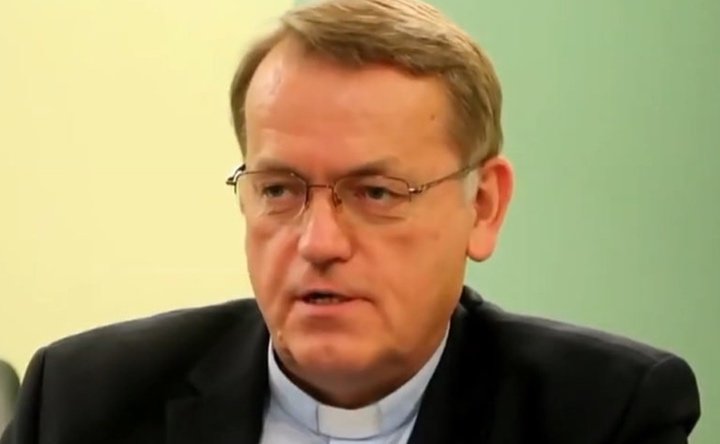 COLOGNE, Germany (LifeSiteNews) —A German court has fined a Polish priest and his German publisher thousands of euros following their appeal of a previous verdict that they were guilty of “hate speech” against homosexuals.

After today’s hearing in Cologne, Father Dariusz Oko was fined for hate speech and incitement to hatred for an article he published in German theological journal Theologisches in January of 2021. He was given a fine of €3,150 ($3,325 US). The second defendant, 91-year-old Fr. Johannes Stöhr, the editor-in-chief of the journal, will have to pay a fine of €4,000 ($4,222 US). The money will go to a charity.

But according to Polish news website Polonia Christiana, Oko and Stöhr have not been convicted of anything.

Polonia Christiana wrote that the Polish priest was satisfied with today’s decision, saying it was “a draw.”

“As Fr. Oko says, it is a draw; the priest expressed regret in the courtroom for using words [in his controversial article] that were too strong. According to the priest, if the offer to pay a fine to a charity was not accepted, the court could ask for the article to be withdrawn in subsequent instances.”

According to regional Rhineland newspaper Neue Ruhr Zietung (NRZ), Oko stated, “I regret having used such strong wording. I will be careful in the future not to use such expressions that can hurt others. That was not my intention.”

NRZ reported the judge decided to drop the case “because the defendants had shown remorse and had no criminal record.” It added that Judge Schwartz and the attorneys “wrestled over the amount of the fine.”

The priests will have to pay the money to “Weisser Ring”, an association that helps victims of crime.

Oko’s article, entitled “On the need to curb homosexual cliques in the Church,” highlights cases of abuse by homosexual priests and bishops and detailed the mechanisms used by what he calls “homoclans” or a “homomafia” of predatory clerics to avoid accountability.

In the 50-page article, Oko describes such clerics as “a colony of parasites” that “cares first of all for itself, and not for the hosts at whose expense it lives,” and also as a “homosexual plague” or a “cancer that is even ready to kill its host.”

An initial ruling by the Cologne District Court in last July demanded that Fr. Oko pay a fine of 4,800 euros or serve 120 days in jail after the court decided  that Fr. Oko’s  article constituted “incitement to hatred” against homosexuals.

These legal proceedings were initiated following a complaint filed by Fr. Wolfgang Rothe, a dissident, scandal-plagued priest from the Archdiocese of Munich, who confirmed on social media that he accused Oko and celebrated the charges handed down by the Cologne court.

Rothe was one of many German clerics who  participated  in a wave of illicit same-sex “blessing” ceremonies this spring. He formerly held the post of deputy rector at the St. Pölten seminary in Austria, which was shut down  in 2004 amid a massive child pornography and homosexual misconduct scandal.

In an email obtained by LifeSiteNews this February, Oko provided highly incriminating photos of his accuser, including photos of Rothe kissing another male; Rothe blessing a lesbian couple inside a church; and a photo of Rothe at the “Deutsche Eiche” club in Munich, which Oko described as “a kind of gay brothel.”

Oko cited the Second World War when responding to the initial ruling against him in a 2021 interview with TVP Info. He said that, despite this generation of German authorities,   he is “determined” to “save the seminarians from homocliques.”

Oko described his publication as a “scientific article based on the enormous knowledge that comes to me from all over the world, from ordinary people, from the police, from the secret services.”

“I collect known facts about homosexuals in cassocks and their habits. This ‘lavender mafia’ plays a similar role to the mafia in Sicily,” he said.

According to Paweł Chmielewski, host of Polish Christian news website Polonia Chritiana (pch24.pl), the initial court ruling had no legal basis: Oko’s article very clearly separates homosexuals as such from members of the homosexual mafia within the Church, and only applies the derogatory terms to the latter category.

Chmielewski argued that the ruling could be interpreted as an attempt by the German court to forbid criticism of sexual abusers and pedophiles and opined that the court did not read Oko’s article in its entirety.

This opinion was also expressed by the German Cardinal Gerhard Müller, the former prefect of the Congregation for the Doctrine of the Faith. He defended Oko back in August of 2021, shortly after his appeal.

“Either these judges have not read the essay, or they are incapable of judging it with scientific criteria, or they do not realize the criminal nature of certain acts committed by some individuals who live in the Church but hide themselves behind the shield of impunity afforded by their office,” Müller said in an interview with Paweł Lisicki from Polish newspaper  Do Rzeczy.

Müller also alluded to the 1939-1945 German occupation of Poland, saying that he was ashamed that in his home country “it is again possible that a Polish scholar could be convicted for incitement to hatred for publishing a factual report.”

The German cardinal drew a parallel between the lawsuit against Oko  and the Nazis’ persecution of Polish intellectuals, saying that this case should “sound alarm bells amongst historically educated people.”

The 2021 sentence against Oko has also caught the attention of Polish deputy minister of justice Marcin Romanowski.

At the time, Romanowski slammed the ruling in a tweet, writing,  “According to the German court, Fr. Prof. Dariusz Oko, by exposing a group of rapists operating inside the church in a scientific article, incited hatred. The court thus trampled on academic freedom and showed that it values ​​torturers more than victims,” he wrote. “Let us not allow such paranoia in Poland.”

“We have serious reservations about the legal basis for prosecuting” Fr. Oko and Fr. Stöhr, said Ordo Iuris president Jerzy Kwaśniewski in a statement.

“Article 130 of the German Criminal Code prohibits hate speech against a number of groups, none of which is mentioned in the article by Fr. Prof. Oko.”

The institute launched a petition on behalf of Oko and Stöhr to the Cologne District Court and the then German Chancellor Angela Merkel.

As of Friday, the petition has garnered over 85,000 signatures. Oko had hoped it would reach 100,000 before his trial.

Developing. The story will be updated as new information is obtained.