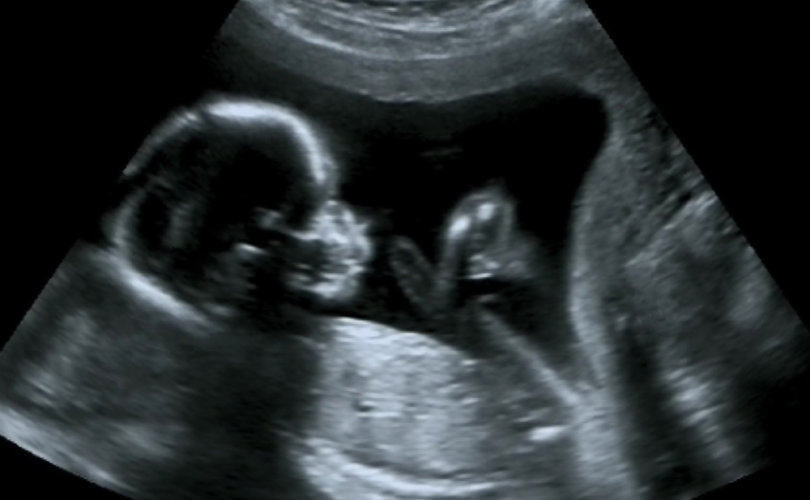 The United States is one of seven countries with no federal limits on late-term abortion. Abortion throughout all nine months of pregnancy for any reason is legal in many parts of the country.

Two Republicans voted against the bill. Three Democrats voted for it.

The bill contains rape and incest exceptions. For an abortion to take place, the abortionist must file a medical report with a state or federal agency saying an act of rape or incest conceived the child.

At 20 weeks – halfway through pregnancy – an unborn baby is the size of a small cantaloupe. Mothers can feel their babies kicking. When they are operated on in the womb at this age, it’s standard medical practice to give the babies anesthesia.

However, it’s still legal to dismember them in violent, painful abortions.

Marjorie Dannenfelser, the President of the Susan B. Anthony List, said she spoke with Trump last week and that he considers signing this legislation “high priority.” One of Trump’s campaign promises was to sign the Pain-Capable Unborn Child Protection Act into law.

Rep. Mia Love, R-UT, pointed out “some of the double standards that we have in this country.”

The Democratic Reps. who defended late-term abortion repeatedly bleated, “we must stop the bans” on abortion. Some of them acknowledged that abortion involves a human baby with human body parts.

Rep. Brad Schneider, D-IL, shared a story from “Jessica” whose “baby had a rare birth defect.”

“Having an abortion was the most compassionate choice” available, Schneider said, quoting the post-abortive mom who said her “daughter deserved compassion.”

Rep. Liz Cheney, R-WY, noted that in a “very unusual step,” the Congressional Budget Office determined the bill would save at least 2,000 lives. Rep. Bob Goodlatte, R-VA, mentioned this as well.

“H.R. 36 is humane legislation, for innocent babies and for mothers,” said Rep. Karen Handel, R-GA, mentioning the bill's exceptions for babies conceived in rape and incest. At 20 weeks, babies “can hear music,” and “they can even respond to human voices…This bill reflects today’s medical understanding about a baby’s ability to feel pain.”

“The unborn child is a living, feeling human being,” Rep. Phil Roe, R-TN, said. Roe is a former OB/GYN who has delivered nearly 5,000 babies.

Rep. Ann Wagner, R-MO, brought a giant poster of her grandchild's 17-week ultrasound onto the House floor, explaining her heartbeat began three weeks after conception and she began kicking her mother at seven weeks old.

As the bill was debated, Democrats attacked Republicans for wanting to stop babies from being aborted rather than supporting gun control in the wake of the Las Vegas shooting.

Rep. Steve Cohen, D-TN, was particularly heated in his remarks, complaining his pro-life colleagues “come here and talk about protecting the ‘unborn,’ forgetting the rights of women.” He also suggested Republicans are hypocrites for caring about reducing spending while wanting more babies, which would cost more money.

Rep. Franks quoted Thomas Jefferson, who said, “The care of human life and happiness, and not their destruction, is the first and only object of good government.”

“A great and tragic shadow looms over America,” Franks said of abortion. It is the “greatest and most insidious human rights atrocity in the United States today.”

Rep. Diana DeGette, D-CO, one of the co-chairs of the House Pro-Choice Caucus, shared the story of one of her staffers who had a late-term abortion. In her remarks, she called the one who was aborted a “child,” a “fetus,” and a “baby.” Pro-abortion Reps. Pramila Jayapal, D-WA, and Jerrold Nadler, D-NY, also used the word “baby.” Rep. Jan Schakowsky, D-IL, used the word “parent” as she defended late-term abortion.

Rep. Ted Deutch, D-FL, shared the story of a man who participated in the baptism of his aborted babies and “grieved their loss.” He used this to argue that there's no “one size fits all” approach to pregnancy and abortion.

Rep. Virginia Foxx, R-NC, said she considers it her “solemn duty” to stand up for life.

“We must care for these unborn children, not cruelly inflict pain…by treating them as objects,” she said.

Most difficult part of a late-term abortion 'is usually finding, grasping and crushing the baby’s head'

It will be a “quick poke through your belly,” she said.

“So, if you were to deliver” the baby by accident before the late-term abortion has been completed, “there shouldn’t be any movement.”

“We induce a demise,” she said. Demise means “death,” she explained to the potential patient. “We…literally go in and grab and pull pieces out.”

An abortion counselor at the same facility explained that if they didn’t use the digoxin, “they’ll just suction the baby and it’s possible that there may be movement as they’re taking out the fetus.”

“Sometimes” the babies are born alive and live briefly, the counselor admitted.

In advocating for the Pain-Capable Unborn Child Protection Act, SBA List has called attention to Micah Pickering, who was born at 22 weeks and four days. He’s now a healthy five-year-old boy. Some Republicans called H.R. 36 “Micah's Law” on the House floor.