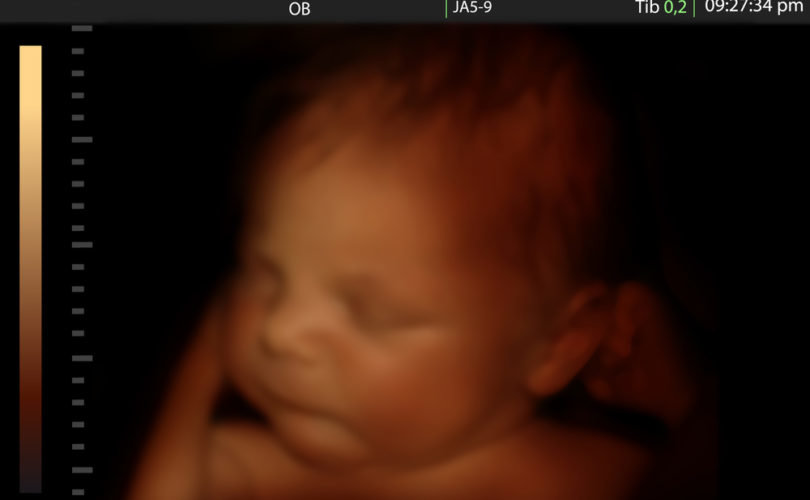 The list of Senators who voted against protecting pain-capable babies can be viewed here.

WASHINGTON, D.C., January 29, 2018 (LifeSiteNews) – The U.S. Senate effectively voted this afternoon against banning late-term abortions on most five-month-old babies who can feel pain, with 46 out of 97 senators voting to continue debate on the bill, thus not allowing the Senate to vote on the bill itself.

The Pain-Capable Unborn Child Protection Act, sponsored by Sen. Lindsey Graham, R-SC, would prohibit abortions on babies from the age of 20 weeks (22 weeks gestation) onward based on the science of fetal pain.

The bill had flaws, allowing babies conceived in rape or incest to be aborted regardless of their ability to feel pain.

At 20 weeks, an unborn baby is the size of a small cantaloupe. Mothers can feel their babies kicking. When they are operated on in the womb at this age, it’s standard medical practice to give the babies anesthesia.

However, it’s still legal to dismember them in violent, painful abortions. According to the Centers for Disease Control, in 2013 there were at least 5,770 late-term abortions in the U.S. on babies older than 20 weeks.

Had the bill passed the Senate and been presented to President Trump, “his advisors would recommend that he sign the bill into law,” his office said in a January 29 statement.

Marjorie Dannenfelser, the President of the Susan B. Anthony List (SBA List), said the vote forced Senators “to either stand with the majority of Americans who want to end cruel late-term abortions, or with the radical abortion lobby seeking to maintain abortion on-demand until the moment of birth.”

“Voting to keep the brutality of late-term abortion legal isn’t just morally abhorrent, it defies national consensus and is a major political liability,” she said.

Sen. Joni Ernst, R-IA, gave an impassioned floor speech describing fetal development milestones that occur around 20 weeks in the womb. These babies have “grown nails on their fingers and on their toes. Hair has just begun to grow on their heads,” she said. “These babies can detect light, hear sounds – they can swallow and even experience taste as their taste buds grow and develop.”

Ernst showed her colleagues side-by-side images of Micah Pickering. One photo shows baby Micah, born prematurely at five months and grasping his parents’ hands. The other shows him now, a healthy five-year-old boy.

Babies “even younger than Micah” have been born prematurely and survived, explained Ernst. “Despite the clear evidence of the humanity of these children, the U.S. is one of only seven countries…in the world to allow abortions after five months of development.”

“This is a reasonable bill,” said Sen. Deb Fischer, R-NE.

“As we gain more knowledge about pregnancy and gestation, we understand the humanity of the unborn,” said Fischer. “We recognize them as the people they are. This movement is on the rise.”

The pro-life movement is a movement of truth, love, and science, she said.

Rep. Bill Cassidy, R-LA, mentioned the inconsistency of fetal homicide laws with America’s liberal abortion laws. Cassidy is a physician. He said protecting pain-capable babies is the “common-sense, humane” thing to do.

The 46 senators who voted against the Pain-Capable Unborn Child Protection Act, were actually voting against ending debate on the bill. Had 60 senators voted to end debate on the bill, the Senate could have actually voted on the bill itself. But Senate rules make it impossible to vote on a bill unless 60 senators agree that the vote should take place. Therefore pro-life groups typically score votes such as the procedural one today as votes in favor of or against late-term abortion.

With 51 votes, the Senate could have changed the rules like they did for approving the nomination of Judge Neil Gorsuch to the Supreme Court. The use of this “nuclear option” would have allowed the Senate to then pass the Pain-Capable bill.

“Unless Senate Majority Leader Mitch McConnell (R-KY) and Senate leadership ‘nuke’ the democratic filibuster, the bill is almost certain to die,” the American Family Association (AFA) wrote in an action alert. “Why? Because most Republicans favor the filibuster rule that requires 60 votes to advance legislation for consideration and to end debate on legislation.”

“Under the filibuster rule, Democrats are able to stop most measures from ever being voted on even though they are in the minority,” AFA continued. “Although the filibuster rule is not in the Constitution, Democrats routinely use it block GOP sponsored legislation. No doubt, the Republican leadership in the Senate will blame the Democrats for blocking the measure.”

Some pro-lifers warn that scrapping the rule requiring 60 votes would put the pro-life movement at risk if Democrats were to control the House, Senate, and White House. But if Democrats regain a narrow majority in the Senate, they can get rid of the 60-votes-required rule anyway.

Elizabeth Warren: third-trimester abortion was ‘best for their baby girl’

Sen. Elizabeth Warren, D-MA, said abortion is “safer” than having one’s tonsils removed. She shared a story from a couple who did what was “best for their baby girl. They got an abortion in the third trimester,” she said.

Warren quoted another post-abortive parent who called abortion an “act of mercy.”

The choice whether to abort their babies late in pregnancy should be left to “broken-hearted parents,” said Warren, and preventing this would be “dangerous and cruel.”

Late-term abortion is one of the “wrenching decisions that a woman will ever make,” Warren said. Warren said the time before abortion on demand was legal was one of “back-alley butchers and wrecked lives.”

Warren also shilled for Planned Parenthood and contraception during her floor speech.

Sen. Ron Wyden, D-OR, said the bill is part of the Trump administration’s “health care discrimination” agenda. Wyden, too, acknowledged that abortion can be a “gut-wrenching” decision.

Sen. Mazie Hirono, D-HI, lamented that the Trump administration has defended in court its right to not be forced to facilitate abortions for illegal immigrant minors.

“How cruel can this bill be” for only having an exception for the life of the mother, rather than the broad “health” exception, asked Hirono. The bill “places additional burdens on women who survive the horrors of sexual assault” by requiring them to undergo counseling before the abortion and wait two days before aborting.

Hirono quoted Meredith Isakson, who wrote for the New York Times that her late-term abortion  “decision was about compassion for our unborn baby.”

The U.S. House voted in favor of the Pain-Capable bill 237 to 189 in October 2017. Eighteen states have passed similar legislation. Idaho and Arizona have, too, but are unable to enforce them thanks to ongoing court cases.

“Since we have an opportunity to save these babies, we should do all within our power to support this legislation,” said Troy Newman, President of Operation Rescue. “We wish it spared all babies, but those it will save deserve our help and the protections this law will provide for them.”

“The fact that Democrats would want to continue brutal late-term abortions, which dismember viable babies that feel pain, really shows the depths of human depravity – and how far our nation has slipped into barbarity,” he said.

“Our message to all officeholders is clear: If you don’t cast your vote to protect life and defund the abortion industry, we won’t cast our votes for you and we will welcome your primary challengers into the race,” said Kristan Hawkins, President of Students for Life of America. “For years, pro-life students have been told that their ideals could never be realized without control of the White House, Senate and House. With those three in the hands of the GOP, there should be no excuse for failing to deliver on the promises” to pass pro-life legislation.