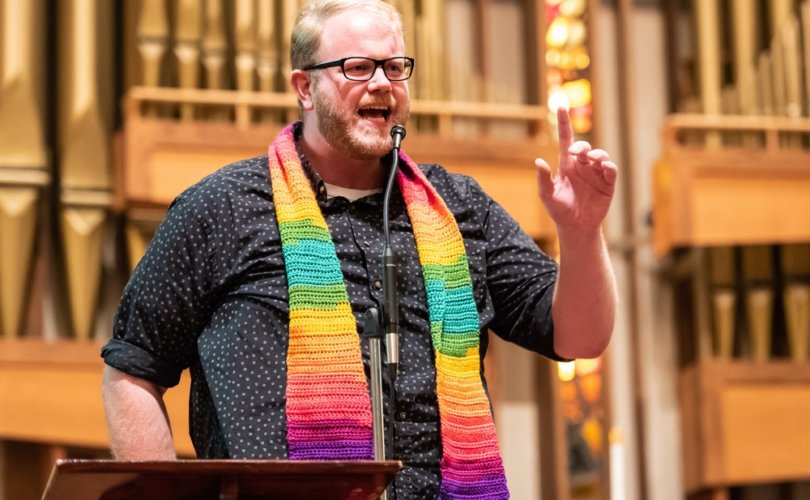 January 3, 2020 (LifeSiteNews) – The United Methodist Church (UMC) announced Friday it will be dealing with ongoing divisions over homosexuality by formally splitting, with the formation of a new denomination for Methodists who hold to a Biblical understanding of sex and marriage.

The church has been divided over the issues of same-sex “marriage” and homosexual clergy, with its General Conference voting in February against compromising its opposition. Tensions have continued since, however, and on Friday the church announced the formation of a new “traditional Methodist” denomination for more conservative Methodists, the New York Times reports.

The Washington Post adds that the agreement spares the church’s left-wing faction from facing sanctions that were originally slated to take effect, including suspension and/or expulsion for clergy who officiate same-sex “weddings.” By default, local churches will be members of the UMC, and would have to conduct votes in order to identify as “traditional Methodist.”

“The solution that we received is a welcome relief to the conflict we have been experiencing,” said pro-LGBT Rev. Thomas Berlin about the news. “I am very encouraged that the United Methodist Church found a way to offer a resolution to a long conflict.”

Observers who maintain a Biblical stance on LGBT issues were less enthused.

“My initial reaction is that [it] should be the other way around: Let the heretics split off since they are the ones denying Jesus and the historic witness not only of the church in general but of Wesley and the denomination in particular,” theologian Robert Gagnon wrote. “It is their view that is a cancer on the church. Let the faithful occupy the default position.”

“This appears to be a win for the heretics; not a rout but a win nonetheless,” Gagnon continued. “It seems like the faithful had the heretics on the rope with greater sanctions on unfaithful pastors performing a faux ‘gay marriage’ and then they compromised with the heretics to give the latter a better deal. On the other hand, it may be the best deal that the faithful can get.”