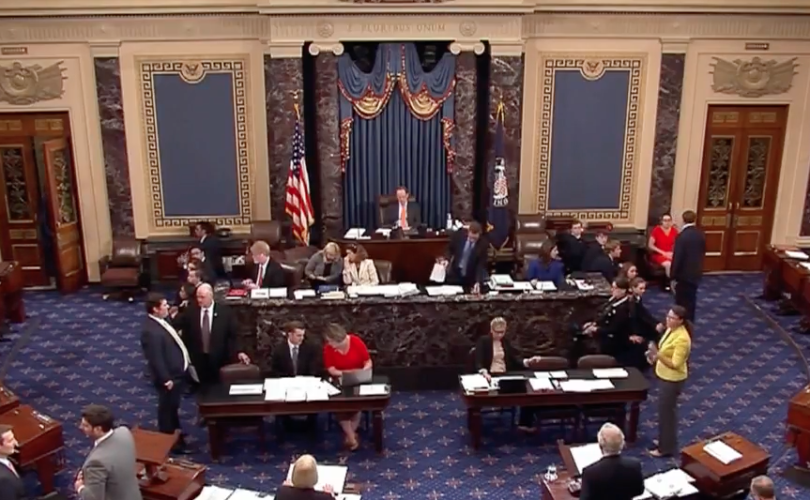 The “skinny” repeal of Obamacare would have effectively ended individual and employer mandates to purchase health insurance. It also would have defunded Planned Parenthood, America's largest abortion provider.

Planned Parenthood receives nearly half a billion dollars in taxpayer funds. It commits more than 300,000 abortions annually and has faced Congressional investigation for selling baby body parts for profit. The company does zero mammograms and less than two percent of the country's cancer screenings.

Republican senators have spent a significant part of their summer battling over repealing and possibly replacing Obamacare, with moderates trying to keep some of aspects of the program and conservatives trying to gut it.

McCain, who was recently diagnosed with brain cancer, flew back to Washington, D.C. to vote to allow debate on repealing Obamacare to begin. He then voted against defunding Planned Parenthood and axing Obamacare on July 26.

“Within days he went from Obamacare repeal’s savior to its executioner,” Politico wrote of McCain. There were gasps in the Senate chamber as McCain voted “no.”

3 Republicans and 48 Democrats let the American people down. As I said from the beginning, let ObamaCare implode, then deal. Watch!

The President of Planned Parenthood declared victory and tweeted her appreciation of Murkowski and Collins.

Women won tonight! @SenatorCollins & @lisamurkowski plus thousands around country, and democratic women Senators! I am woman hear me roar!