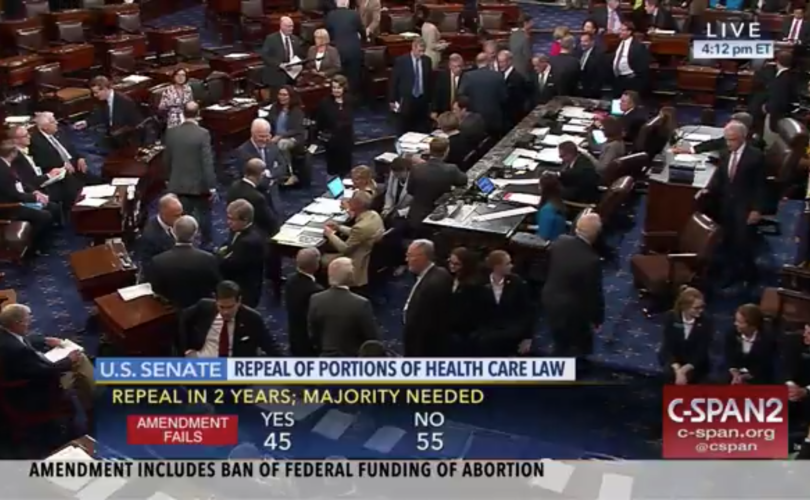 WASHINGTON, D.C., July 26, 2017 (LifeSiteNews) – The U.S. Senate voted 55 to 45 today to reject the repealing of Obamacare and defunding of Planned Parenthood.

On Tuesday, Vice President Pence broke a tie in the Senate, which was divided 50-50 on whether to allow debate and voting to take place on the American Healthcare Act (AHCA), which repeals Obamacare.

Specifically, the vote today was on an amendment to the AHCA that would swap the AHCA with a simple repeal of Obamacare. The AHCA outlines some provisions “replacing” Obamacare.

All of those senators except for Collins voted “yes” on this bill back in 2015, when it was obvious President Obama would veto it.

Today's vote doesn't mean that the Senate still won't end up repealing (and possibly replacing) Obamacare and defunding Planned Parenthood. The process of Senate debate over the AHCA – and introductions of various amendments to it – will carry on throughout the week.

However, today's vote showed which Republicans flip-flopped on their opposition to Obamacare.