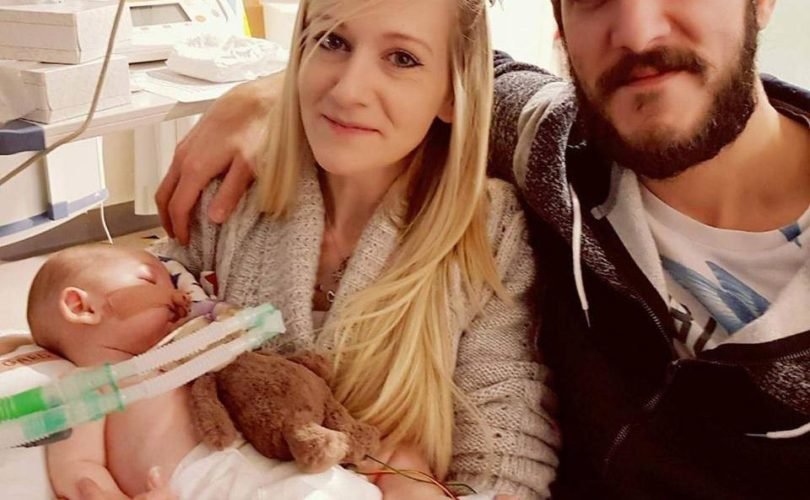 VATICAN, July 3, 2017 (LifeSiteNews) – A Vatican-owned hospital has offered to take Charlie Gard, the nearly 11-month-old UK baby whose parents are fighting to keep him on life support.

The president of the Vatican-owned Bambino Gesù Hospital in Rome, Mariella Enoc, said her hospital was reaching out to Britian's Great Ormond Street Hospital to ask if Bambino Gesù could take Charlie.

Charlie is scheduled to die at Great Ormond Street Hospital against his parents' wishes. European courts have ruled the hospital, not the parents, should be able to decide to remove him from life support. His parents are not being allowed to take him home and be with him for his last hours of life.

Charlie was originally scheduled to die on Friday, but the hospital announced it's giving his parents a little more time with him.

“We know that it is a desperate case and that there are no effective therapies,” said Enoc. “We are close to the parents in prayer and, if this is their desire, willing to take their child, for the time he has left to live.”

Enoc's statement is similar to one released by the Vatican on Sunday saying Pope Francis “follows with affection and emotion the case of little Charlie Gard and expresses his own closeness to his parents. For them he prays, hoping that their desire to accompany and care for their own child to the end is not ignored.”

This morning President Trump tweeted that he “would be delighted” to help Charlie, citing Pope Francis.

“Upon learning of baby Charlie Gard's situation, President Trump has offered to help the family in this heartbreaking situation,” the White House's  director of media affairs, Helen Ferre, said in a statement Monday afternoon. “The President himself has not spoken to the family” nor “he does not want to pressure them in any way,” but “members of the administration have spoken to the family in calls facilitated by the British government. The President is just trying to be helpful if at all possible.”