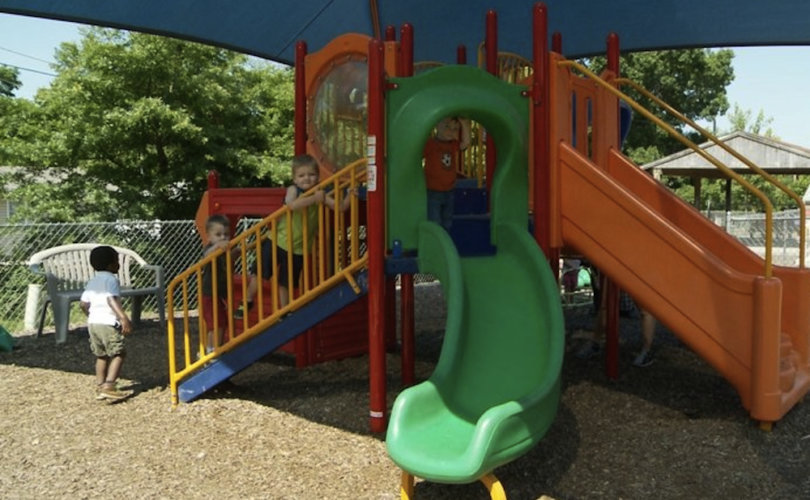 WASHINGTON, D.C., June 26, 2017 (LifeSiteNews) – The U.S. Supreme Court has delivered a clear win for religious liberty, ruling in favor of Trinity Lutheran Church against the state of Missouri.

The 7-2 decision is a victory against state-sponsored discrimination.

Chief Justice Thomas, writing for the majority, said, “The exclusion of Trinity Lutheran from a public benefit for which it otherwise qualified solely because it is a church is odious to our constitution all the same and cannot stand.”

Thomas Dupree Jr., former assistant U.S. Attorney General, said, “The court is reaffirming the balance that our founders struck … when they established the Constitution and the Bill of Rights.”

The case was the latest to test America’s commitment to church freedoms amid growing secularist pressure.

In Trinity Lutheran Church v. Pauley, the state of Missouri had fought to uphold a law allowing it to discriminate against preschool children in church-operated schools.

The broad outline of the case is simple: Missouri offers a program that recycles discarded tires into rubber safety surfaces for children’s playgrounds. It’s a win-win idea: old tires no longer clog up landfills and children are kept safe during play.

In 2012, Trinity Lutheran Church applied for state grant money earmarked to help nonprofits pay for the safety measure. Despite the request being ranked near the top of the heap for state assistance, the Missouri Department of Natural Resources denied Trinity Lutheran’s application precisely because it is a church.

The state’s Department of Natural Resources’ decision was based on Missouri’s Blaine Amendment, adopted into the state’s constitution in the late 19th century, a time when many feared that the growing number of Catholic schools represented an existential threat to public school systems in what was then primarily a Protestant nation. In an ironic twist, those same laws now discriminate equally against Protestant churches.

Missouri is one of more than three dozen states that still have “Blaine Amendments” on their books.

And while the nuts and bolts of this case was about funding for a single playground run by a church in Missouri, today’s decision will most likely have broad implications for hot-button issues like school choice. Experts say Trinity Lutheran v. Pauley is fundamentally about religious liberty.

When the court heard oral arguments in April, Sen. Ted Cruz, R-Texas, said, “Cases like this are crucial to stopping the slow erosion of our constitutional protections that we see every day in this country. Missouri chose to explicitly target a religious institution for discrimination. Despite meeting all secular criteria for a government program, Trinity Lutheran was rejected solely because it is a church.”

Travis Webb, director of the Family Research Council’s Center for Religious Liberty, echoed Sen. Cruz: “If the Supreme Court rules that Missouri can get away with what it did here, then it is permissible under the First Amendment to treat churches and religious organizations worse … than other organizations for no other reason than the fact that they are religious. That would be quite an ominous result for all people of faith.”

In a reference appealing to America’s still-fresh memory of Rosa Parks’s heroism, Jerry Johnson, president of National Religious Broadcasters, said, “People of faith, religious people, are not second-class citizens and we are not going to the back of the bus.”

Pastor Patrick Mahoney made a similar allusion, emphatically appealing to the Court, “Do not treat people of faith as second-class citizens. As a pastor of [one of] the 330,000 churches across America who right now are feeding the hungry, clothing the naked, housing those who have no roof over their head, we simply say, ‘Stop discriminating against us.’ Stop being bigoted toward us, and treat us with equal justice.”

The Alliance Defending Freedom noted, “Trinity Lutheran Church has faithfully served the people of Columbia, Missouri, for over 90 years. Whether providing support for foster children, donating labor, food, and funds to a local county food bank, or helping with Habitat for Humanity building projects all over the community, Trinity Lutheran Church lives its mission to make disciples.”

As stated in Trinity Lutheran’s brief to the court on the merits of the case, “A rubber playground surface accomplishes the state’s purposes whether it cushions the fall of the pious or the profane.”