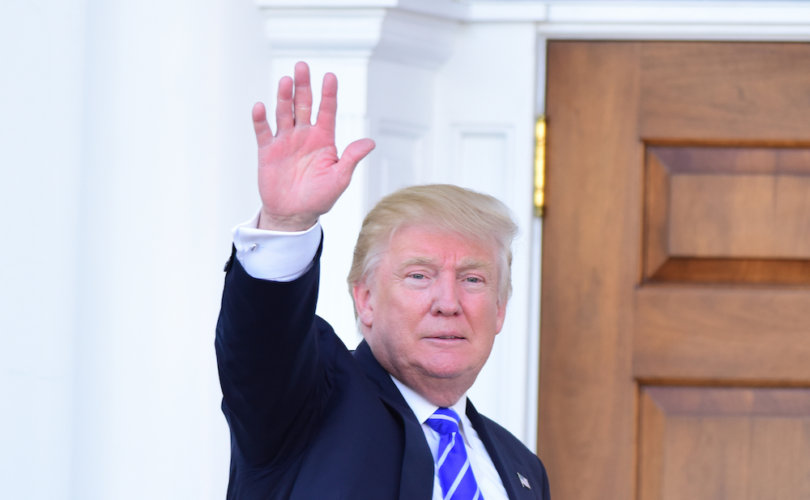 PHILADELPHIA, January 26, 2017 (LifeSiteNews) – For the second time in 24 hours, President Trump has called out the mainstream media for failing to cover the massive annual March for Life while giving ample attention to smaller events.

“By the way on Friday, a lot of people are going to be showing up to Washington, right Mike [Pence]? A lot of people,” said Trump at the Congressional Republican Retreat in Philadelphia this afternoon.

“You know, the press never gives them the credit that they deserve. They’ll have three hundred, four hundred, five hundred, six hundred thousand people. You won’t even read about it,” he said.

“When other people show up, you read big time about it. Right? So, it’s not fair. But there is nothing fair about the media. Nothing,” he added.

Yesterday Trump told ABC's David Muir that the media will cover events like the pro-abortion women’s march, but not pro-life events.

In his remarks at the GOP retreat, Trump also touted the Mexico City Policy, which he signed as one of his first acts on Monday.

“We’ve reinstated the Mexico City Policy, a longstanding policy,” he said, pausing to long applause from the GOP members present. “Isn’t that nice? … A longstanding policy to ensure taxpayer dollars do not fund abortion services overseas.”

Jeanne Mancini, president of the March for Life Education and Defense Fund, told LifeSiteNews today she is “delighted” by the unprecedented support the new Trump administration is giving the annual March for Life this week.

“We are just delighted so far with what we have seen, in less than a week, from the Trump administration,” she said.