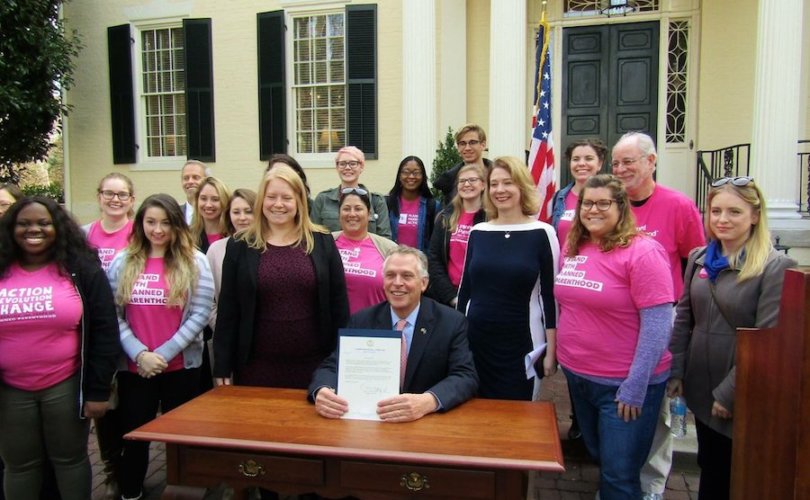 The bill passed the House 60-33 and the Senate 20-19. It would have given healthcare programs that don't perform or promote abortion priority state funding over organizations that commit abortions.

Planned Parenthood tweeted that at the veto, McAuliffe said, “Discrimination breeds hatred and we will not tolerate that here in the commonwealth of Virginia.”

“Virginia Society for Human Life is not surprised that Terry McAuliffe has sided with his pro-abortion allies. He has proven for the last four years that Planned Parenthood and the abortion lobby can depend on him to abandon the women and unborn children of the Commonwealth every time,” said Olivia Gans Turner, President of Virginia Society for Human Life. “Now he is proving that he does not care that Virginians don't want our taxes paying for abortion either. This is solid evidence that Virginia needs a pro-life governor to respect the action of Virginia's elected officials and the will of the people of this state.”

The VSHL said the bill “was designed to support state programs that actually do provide women with prenatal care and other much need health services under Medicaid and to get the Commonwealth of Virginia out of the business of abortion.”