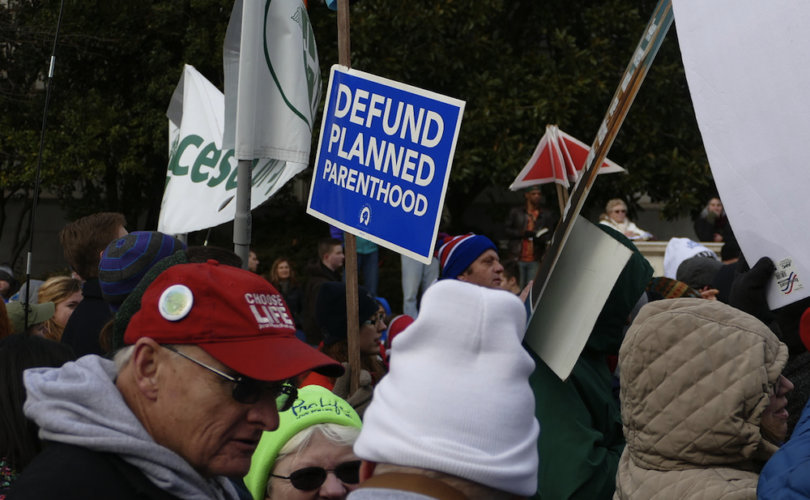 The vote was along party lines. The House already passed the bill 60-33, but Gov. Terry McAuliffe promises to veto it.

Virginia Society for Human Life (VSHL) President Olivia Gans Turner said passing the bill was “the right thing to do” because it would “provide authentic health care, especially prenatal care, to the women of the Commonwealth.”

The VSHL commended the “wisdom of this effort,” noting that recent Live Action stings show the Planned Parenthoods in Virginia Beach, Hampton Roads, and Richmond only provide abortions, not prenatal care.

Democratic Senator Barbara Favola from the commonwealth's 31st district called the vote a “public health issue” because one of the contracts the state has with a Planned Parenthood facility is for STD testing.

“It was extremely disingenuous for apologists of the abortion industry to argue that passing the bill would prevent abortion centers from having funds to do testing for sexually transmitted diseases and thus have serious negative health consequences,” said Family Foundation of Virginia President Victoria Cobb. This is because “the abortion industry fought to remove from abortion center…safety standards a requirement that they do STD testing. Apparently, the industry only cares about testing women for STDs when it can make a profit.”

Even though the bill doesn't fully defund Planned Parenthood, abortions supporters lobbied against it at the Virginia Senate.

We will always come back. #SheHasAnAgenda #ShePersisted #IStandWithPP #HB2264 pic.twitter.com/KOEovRIia4

“Virginia has a duty to steward taxpayer money in a way that ensures funds are distributed by priority to the most effective point-of-service health care providers,” continued Cobb. “This legislation simply ensures that hospitals, federally qualified health clinics, and rural health clinics are funded over abortion centers. There are well over 140 federally qualified and rural clinics in Virginia that offer the comprehensive services women need, many in areas where Planned Parenthood doesn’t have abortion centers.”