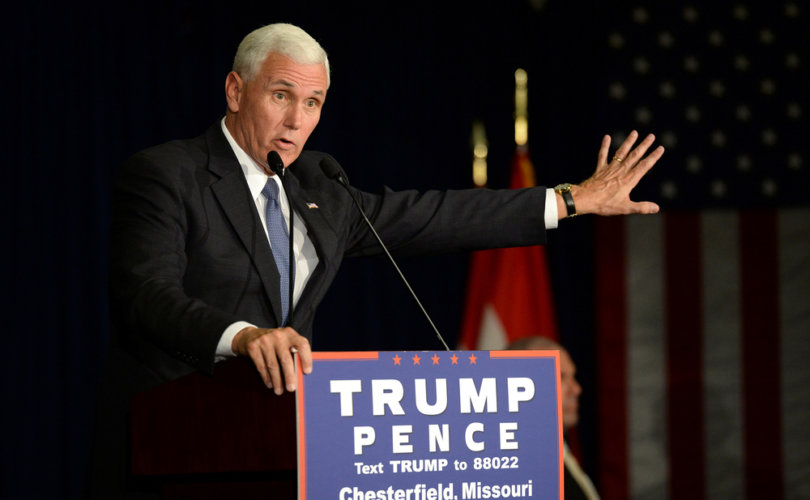 Christie was not trusted by conservatives across the board, but especially by social conservatives for a series of actions, including his decision in 2013 to give up rather than challenge a judge’s ruling radically redefining traditional marriage in New Jersey.

He also signed into law legislation that banned pro-heterosexual change therapy for minors. By signing the bill as a Republican, Christie outraged pro-family advocates who say the law undermines parental rights and victimizes children—especially those who might struggle with their “sexual orientation” after being victimized by adult homosexual predators.

Family Research Council senior fellow Peter Sprigg said of Christie’s decision on the marriage ruling: “[FRC] is disappointed by Gov. Chris Christie’s decision to withdraw the state’s appeal of a lower court order redefining marriage … The fact that the Supreme Court refused to stay the lower court’s order is no excuse for failing to litigate this important issue to a final conclusion on the merits.”

Pence has a strong reputation among pro-life and pro-family advocates as one of the most solid socially conservative politicians at the top tier of the Republican Party. Prior to the 2016 vice-presidential debate with Democrat former Virginia Gov. Tim Kaine, he was slammed by Planned Parenthood as “the most extreme lawmaker of the 21st Century”—an insult that only endeared him more with defenders of the unborn across the country.

Pence has also been a stalwart against the aggressive LGBTQ agenda, earning a “0 percent” rating and lots of attacks from the “gay/transgender” lobby group Human Rights Campaign. However, the singular blight on Pence’s record—which some speculated had kept him from joining the other 17 Republicans seeking the party’s presidential nomination—was when he capitulated to immense outside corporate pressure and backed down on a “religious freedom restoration” law in Indiana that preserved citizens’ right to live by their moral beliefs in the public square.

The Indiana law had responded to the growing number of cases nationwide in which small businessmen—Christian bakers, photographers, florists and businesses hosting weddings–were sued or harassed for choosing not to participate in “weddings” between people of the same sex. Under boycott pressure and unprecedented liberal criticism of the legislation they cynically mislabeled as a “right to discriminate” law, Pence and the Republicans replaced the law with one that contained protections based on homosexuality (“sexual orientation”) and gender confusion (“gender identity”).

It appears that pro-family advocates have forgiven Gov. Pence for the “religious freedom” mishap, as many have been pleased by his inclusion on Trump’s ticket as a lifelong social conservative.

Some of the conservatives reported to be on the Trump Team are:

All of the above except Giuliani are respected pro-life and pro-family conservatives. In addition, Stephen K. Bannon, on leave as executive chairman of Breitbart News, is reportedly among the names in contention for Trump’s chief of staff. Breitbart is generally pro-life and pro-family although it cannot fairly be described as a socially conservative news site because it sometimes promotes a more secular/libertarian- and less morality-based brand of “conservatism.”