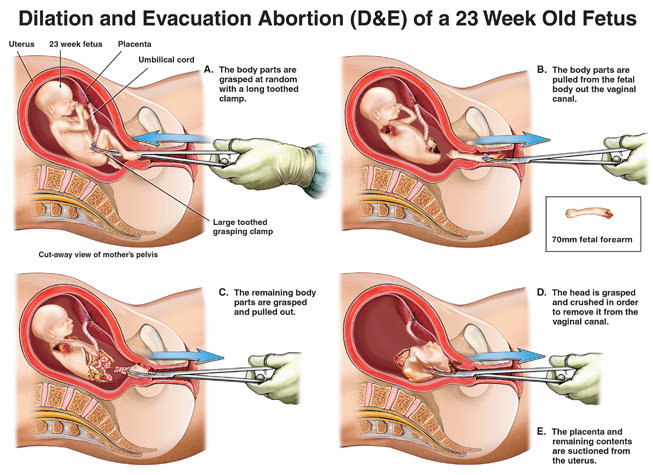 CHARLESTON, West Virginia, February 17, 2016 (LifeSiteNews) – The West Virginia state Senate has passed a bill that would outlaw dismemberment abortions by a vote of 24-9.

The Unborn Child Protection from Dismemberment Abortion Act (S.B. 10) would ban the practice of dilation and evacuation (D&E) abortion, which accounts for approximately 95 percent of all abortions in the second trimester.

The bill prohibits abortionists from “causing the death of an unborn child, purposely to dismember a living unborn child and extract him or her one piece at a time from the uterus.” However, it does not apply to removing babies who have already miscarried.

The Senate version of the proposed law does not impose any criminal sentence on abortionists who dismember unborn children illegally, but those doctors could lose their medical licenses.

The bill now goes to the House of Delegates, where it enjoys wide legislative report on both sides of the aisle.

“Praise God from whom all blessings flow!” said West Virginians for Life on Facebook just minutes after the vote. “Now on to the House Health Committee.”

Dr. Anthony Levantino gave gruesome testimony to the U.S. House in 2012, in which he described the common second-trimester procedure that requires the abortionist to extract the baby's body parts by removing them one at a time.

“Dismemberment abortion is a barbaric practice that we wouldn’t do to a criminal,” State Senator Dave Sypolt, R-Preston, told the Charleston Gazette-Mail.

If the bill becomes law, West Virginia will become the third state in the nation to outlaw dismemberment abortion. The practice is already illegal in Kansas and Oklahoma, although judges have halted the laws' enforcement in both states.

Lawmakers have introduced similar dismemberment abortion bans in Idaho, Missouri, Minnesota, and Nebraska, and bills are expected to be filed in Kentucky, Michigan, New Hampshire, New Jersey, Rhode Island, and South Carolina, according to the Center for Reproductive Rights.

NARAL is mad we’re calling this a ‘dismemberment abortion.’ But what else CAN you call it?