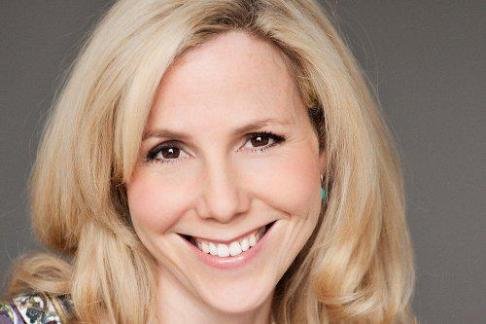 Sally Phillips, whose son has down syndrome, has become an outspoken advocate for disability rights.

May 12, 2016 (SPUC) — Actress Sally Phillips has argued that pre-natal testing for Down’s syndrome should have no place in an “inclusive society” (VIDEO BELOW).

The mother-of-three, who starred in the Bridget Jones's Diaries films as well as the hit TV show Miranda, has become an outspoken advocate for disability rights. Two weeks ago she addressed a parliamentary rally organised by the Don't Screen Us Out campaign via a live audio link from Pinewood Film Studios.

“I think the current narrative about Down’s syndrome for whatever reason is treated as at tragedy or a terribly sad thing,” Mrs Phillips told BBC’s Radio 4.

She added that she found the “arms race for new technology” quite “upsetting” as she finds it de-humanises people who have Down’s syndrome.

Recalling her son’s diagnosis shortly after his birth, Mrs Phillips, 45, said: “When the doctor told me Ollie had Down’s syndrome, he said ‘I’m sorry’, and the nurse cried and that was 11 years ago. But, you hear those stories still today.”

Indeed, just last month SPUC reported on the story of a mother who was told “I’m sorry” when she learned her identical twin girls had Down’s syndrome.

Mrs Phillips also expressed her frustration over information given to pregnant mothers about Down’s syndrome, saying that it all comes in leaflets to detail medical issues, but lacks the positive outlook.

When asked if she believed that screening shouldn’t exist at all, the actress said: “We need to think as a society, I mean we’re signed up to various human rights acts. We’re hoping to move towards a more inclusive society. We do have to ask the question.

“If you think of people with Down’s syndrome as being a particular race … then it’s utterly unacceptable, isn’t it?”

She continued: “I’m not saying we should definitely to go with that, there’s just a very strong argument and the debate needs to be had. People with Down’s syndrome have never been included in the debate, they’ve never been asked, because of course it’s preposterous to ask a person with Down’s syndrome – who tend to really enjoy their lives – whether or not they ought to have a life.”

The debate over the right to life of children with Down’s syndrome has been reignited by a new non-invasive pre-natal test for Down’s syndrome, which the Secretary of State for Health must now decide whether or not to implement.

The new technique, called 'cell-free DNA' testing, is being heralded as a move to reduce the number of miscarriages associated with amniocentesis, with a National Screening Committee pilot study predicting that it would result in 25 fewer miscarriages per year.

Yet proponents of the test have glossed over the fact that the same pilot study predicts that the new screening will detect 102 more babies with Down’s syndrome every year. As more than 90% of unborn children diagnosed with Down's syndrome in the womb are aborted following a diagnosis, campaigners believe this is likely to mean an increase of 92 abortions for Down's syndrome annually.

A recent report from the International Bioethics Committee of the United Nations Educational, Social, and Cultural Organisation (UNESCO) has issued a stern warning about the drive to adopt Non-Invasive Pregnancy Testing (NIPT) in national screening programmes. The proposal also violates the UK's treaty obligations under the UN Convention on the Rights of Persons with Disabilities (CRPD) to make sure that its health policies – including antenatal screening – are informed by and reflective of a 'social model' understanding of disability.