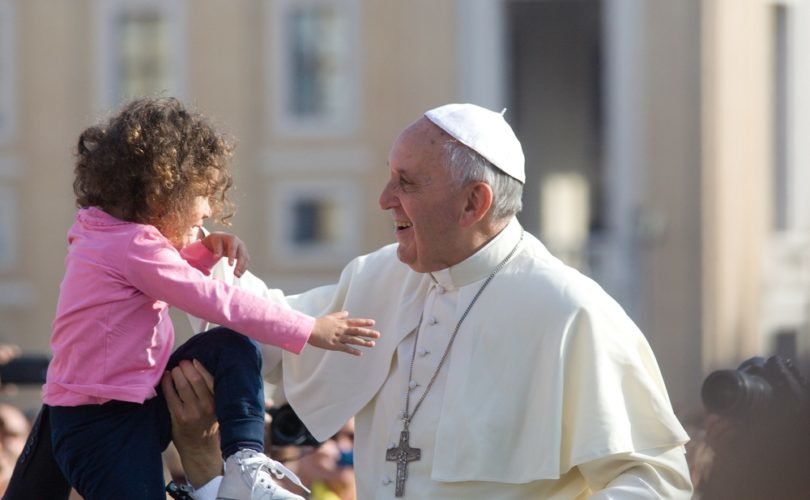 ROME, April 8, 2015 (LifeSiteNews.com) – In our times, many children are “rejected, abandoned, robbed of their childhood and their future,” Pope Francis said today at his weekly general audience, emphasizing the theme of the “passion” that many children suffer.

“Some dare to say, almost apologetically, that it was a mistake to make them come into the world. This is shameful! Do not unload on children our faults, please! Children are never ‘a mistake’.”

In the common rhetoric of abortion, the potential suffering of the child is often used as a justification. But, without specifically naming abortion, Pope Francis rejected this mentality, saying that neither the child’s potential “hunger,” his “poverty,” nor his “fragility” or “abandonment” is reason to devalue him.

We fail to uphold the “solemn declarations of human rights and the rights of the child, then if we punish children for the mistakes of adults,” the pope said.

Alluding to the global human trafficking trade, which claims millions of children for the sex trade, for slave labor, and as child soldiers, Pope Francis spoke of the “passion of children” who are “prey for criminals, who exploit them for unworthy trades and businesses, or training them to war and violence.”

“None of these children is forgotten by the Father who is in heaven!” the pope said. “None of their tears will be lost!”

Don’t be afraid to have more children: Pope Francis